Not so sure that is going to work either.

Well... I think I found the mark of the beast.

"as well as reduce inequality among income groups"
= Socialism

Well if was to only reduce poverty... that would burden the rich.
To reduce inequality among income groups... burdens the middle class.
Much creative language in their jargon.
Reminds me of what I read in U.N. agendas 21 & 30.

“And you know when you say ‘per capita,’ there’s many per capitas,” the president said. “It’s like, per capita relative to what? But you can look at just about any category and we’re really at the top, meaning positive, on a per capita basis too.”

stable genius eh?
not a clue.

Says someone who, for years, bought into Russiagate and every gaslight conspiracy against Trump, no matter how flimsy the "evidence". 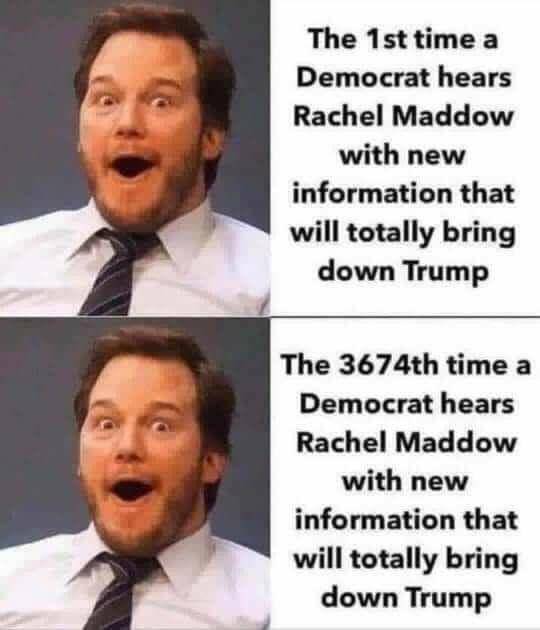 My President made Church essential!!!!!!! 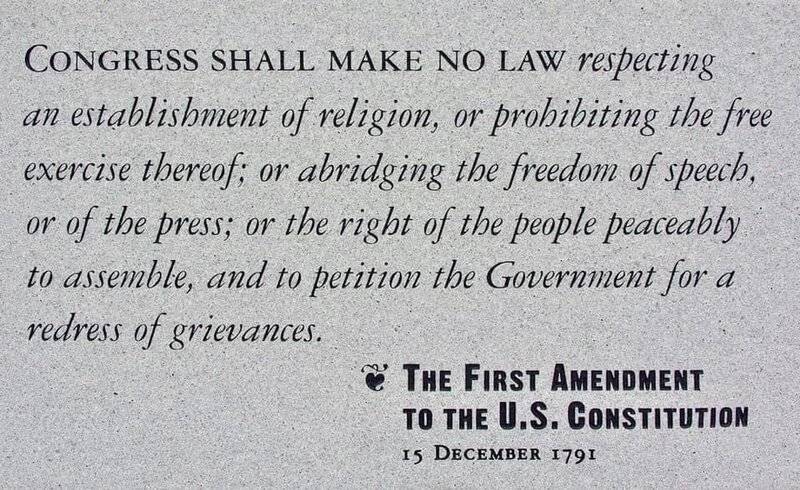 there's his true colours now. gas his own people just for a photo op.
including clergy from the church.
no better than russia or north korea.
what did you expect from a bankruptcy king?

bishop of the church itself.
"He used violent means to ask to be escorted across the park into the courtyard of the church," Bishop Mariann Edgar Budde of the Episcopal Diocese of Washington tells NPR's Morning Edition. "He held up his Bible after speaking [an] inflammatory militarized approach to the wounds of our nation."

"He did not pray," the bishop continued.

"He did not offer a word of balm or condolence to those who are grieving. He did not seek to unify the country, but rather he used our symbols and our sacred space as a way to reinforce a message that is antithetical to everything that the person of Jesus, whom we follow, and the gospel texts that we strive to emulate ... represent."

"There was no reaching out, no sense that it would require some sort of authorization before using the church as a backdrop in that way," Budde told NPR's Tom Gjelten hours after the incident.

The president had used the Bible, and her church, as a prop, she said.

"I was outraged that he felt that he had the license to do that, and that he would abuse our sacred symbols and our sacred space in that way," the bishop told Gjelten.

And you are far worse than he is!!!

All you ever do is stir up division, descension, and dissonance on this forum... while lurking in the shadows.

To the best of my knowledge... you have never been a contributing member on this forum... unless it was under a different name.

Try having a conversation with people of a different culture than you... and see how far your attitude gets you. 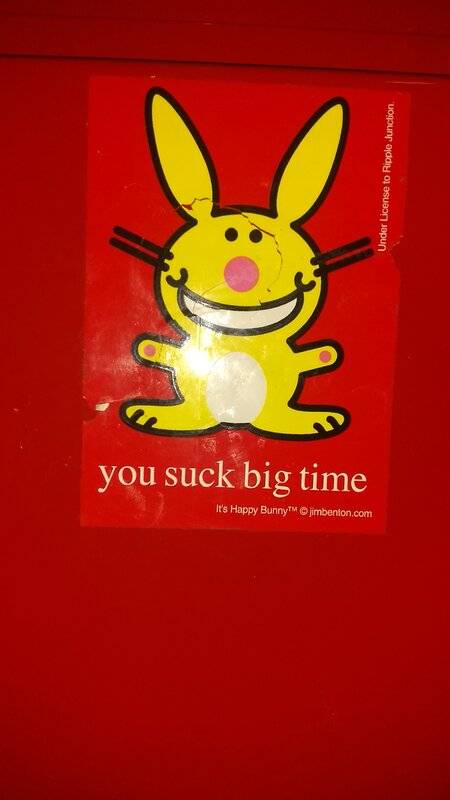 hrmwrm said:
there's his true colours now. gas his own people just for a photo op.
including clergy from the church.
no better than russia or north korea.
what did you expect from a bankruptcy king?
Click to expand...

hrmwrm said:
there's his true colours now. gas his own people just for a photo op.
including clergy from the church.
no better than russia or north korea.
what did you expect from a bankruptcy king?
Click to expand...

Believe every lie they tell you.
But you think anyone here will take you seriously.
All the anti-Trump claims you keep pounding your chest about keep turning up false given just another day or two.
But you never learn and keep getting gaslit.
Why would anyone trust your judgement or view you as anymore than a useful idiot and a buffoon?

You really need to learn this truism and STFU for a day or two when you hear something, to confirm it is true. 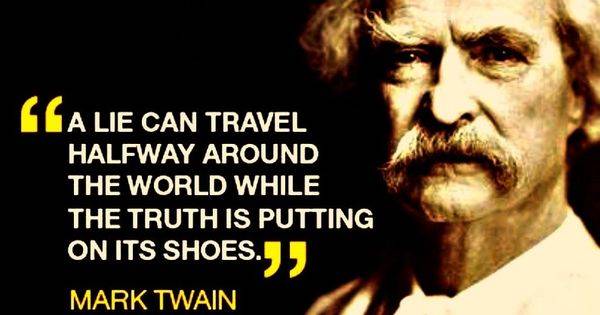 I think the spell checker got you.

Pretty sure you meant "useless" , not useful.

I think the spell checker got you.

Pretty sure you meant "useless" , not useful.

Nope. Useful Idiot is what I meant.

Thanks for the clarification Shag.

Now where to begin with what I want to say next. It's Trump related... but I need to sidebar first.

To start... I've been doing some digging again.. so let's go back to the time when Epstein didn't kill himself.

Epstein was supposedly on the CFR and a member of the Trilateral Commission... which means he most likely had ties... and rubbed elbows with people that were part of the Bilderberg Group.

That's right... the elite of the Elite. Those upper 1% that meet once a year to decide the fate of... and how to control... the world.

So it seems Epstein may have had more to die for... than most people think. Especially if people in "The Group" were making regular visits to Little Saint James.

"The Group" was responsible for making sure that Billary, (both of them), was elected to the Presidency.

Obviously it backfired the 2nd time.

When that didn't happen... it appears that "The Group" placed members within Trump's staff, (think back or research the members of his staff that were removed/fired by Trump), to thwart his efforts. "The Group" doesn't like Nationalism... and wants the USA to "step in line" ... and be a "good little country".

This is what Trump has been up against since he first ran for President. Hillary was designed to win... or so "The Group" thought.

"The Group" has been around since 1954... and has been influential in many Presidential elections.

Obama was one of them. You know... the one that funded China's research on Covid-19 before he left the Presidency.

Which brings me to another point.....

"The Group" seems to be concerned about population control... and may even have been planning world depopulation.

What better way to do it... than a global pandemic??? And now it seems... that Covid has the ability to mutate... according to something I saw on the internet a couple days ago.

Most of you that know me long term on this forum... know that I don't spout off BS... but usually do my research before I say something... because I want to present fact... not fiction, (like some people on here).

I guess my point is... that things may not appear as they seem. Do the research yourself... and draw your own conclusions.

I am not a conspiracy theorist... but when the bulk of evidence points in one direction... it's hard to ignore.

Bush Sr. wasn't the first to mention "The New World Order"... but he was the first to do it as POTUS during a state of the union address.

Either way... some of what I have presenter here... may explain some of Trump's comments and actions over the last few years.

just like an apologist. show you the truth, but i can't make you think.

AmsterDutch said:
Just skip by the fact that before that virus unemployment was the lowest in history and for all races stock market was highest in history and he did this the whole time while dummycrats and media were trying to take him down pull your head out of your ass you might see something
Click to expand...

while running record defecits.
now what you gonna do. but then your a first amendmernt hater.
the fallout now is from not dealing with the traitors after the civil war and allowing the legacy to live on.
monuments to traitors and the lost cause.

Living in a glass house... and throwing stones.

04_Sport_LS said:
I am not a conspiracy theorist
Click to expand...

I'm done with this useless word...this is a made up word by the same people who don't want us to THINK and EXPAND our brain past what the media tries to feed us...you're far from a CONSPIRACY THEORIST Sport ...I will call you a COMMON SENSE THEORIST...thanks for the truth... because at the end of the day ...it's still just that TRUTH

Well over the years... I have heard some "way out there" conspiracy theories... many of which were not true.

Very recently I have heard that the Covid vaccine that Bill Gates helped develop... causes sterility... and is supposedly being administered in 3rd world countries.

I still have to check that one out and verify it... but it would seem to fall in line with the depopulation agenda of "The Group".

Then there's the global identification and digital world currency plan of "I.D. 2020" ... of which Gates is also a proponent... and definitely seems legit.

For what it's worth:

And ironically... Venezuela is a member of the U.N. Human rights council. That's right the most Socialistically failing country in the world.