First off, big hello to everyone here at LvC, pretty nice joint you guys have got going on here. So first off, to introduce myself, I suppose.

My name is Roger, I'm 26, and have had an incurable penchant for the US luxury sport segment for a long while. I began on this trek in 2007with a 1997 Oldsmobile Aurora, which I loved immensely, black on black Autobahn, she was gorgeous. But unfortunately, the Northstar let me down, for reasons that owners of earlier Northstars are all too familiar with, and after only two years and 13000 miles of driving she had to be put down. Which propelled me to the next leg of my saga! After four years of driving terrible 4-cylinder Rangers and tired F-150s with less than happy 5.0s installed in them, my father finally sprung for a Corvette, and needed to sell his summer driver to make space in the garage, and that's where I came in.

So, for what I consider to be a pittance, last summer I purchased his 1996 Mark VIII from him, Silver Frost over Graphite, with a shade under 100k on the clock. The car is everything I believe the Aurora should have been, except with two less doors. The car has been maintained beautifully, and though she lives and breathes in Maine, it's a summer only car, and has not one micron of rot anywhere to be had. All of the suspension parts are about 7000 miles old, including the bags, front and rear. The PITA oil filter adapter gasket has already been done by my father, god help him. New IAC too, I heard that one sucked as well. The Bridgestone Potenzas that came on the car are about 8000 miles old, and I also have a set of Eagle five spokes I really want to see on the car this summer. Here's the really cool bit though - the car is not an LSC, but is in fact fitted with factory HIDs in brand new NOS housings. I also have a set of spare bulbs just in case they decide to flake out at some point.

In reality, I was originally on the hunt for a clean, newer Eldorado ETC, but honestly, I wasn't too excited about the idea of another Northstar, and front wheel drive is for grandmothers and lettuce. I just think that the Eldo really is a stellar looking car. Which is not to say that I don't love the looks of the Mark VIII, because I do. Actually, I'm one of those strange cats who likes the Gen I Mark better than the Gen II. But in all reality, after all, I have to drive these things, and pulled head bolts is really not an experience that blows my dress up. And that's exactly what I do, every day. This car is my daily driver, and she performs admirably. Just did a grease job, and fed her 6 quarts of Royal Purple. So thanks all for having me, I hope to offer advice when/if I can, and without further ado, here are a few snaps of the Silver Bullet. 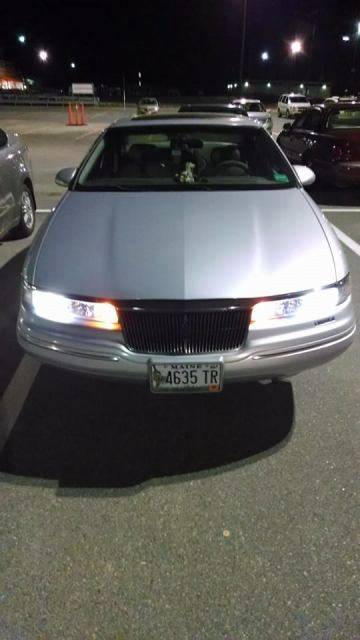 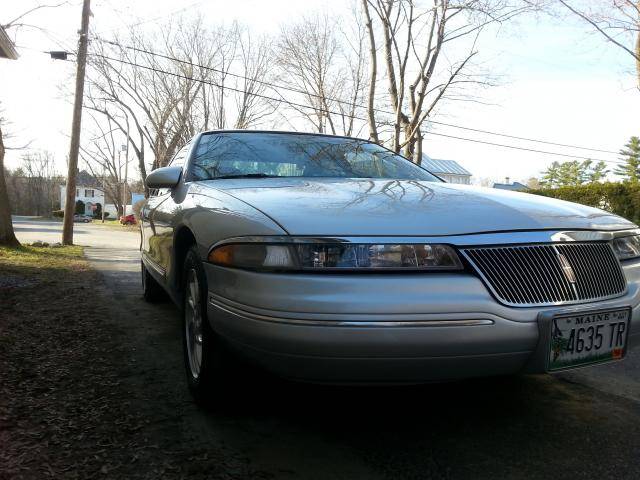 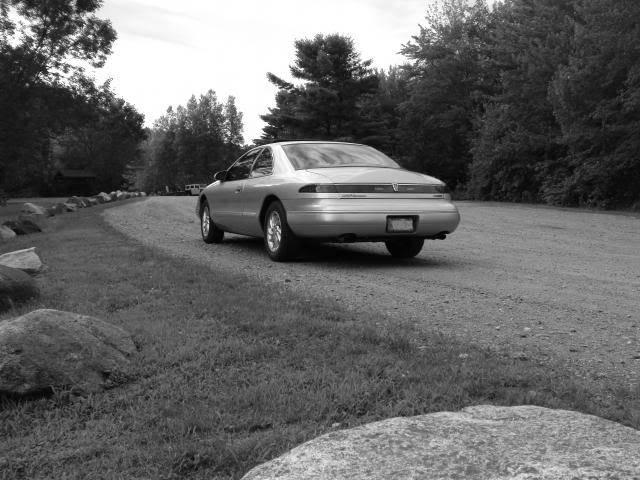 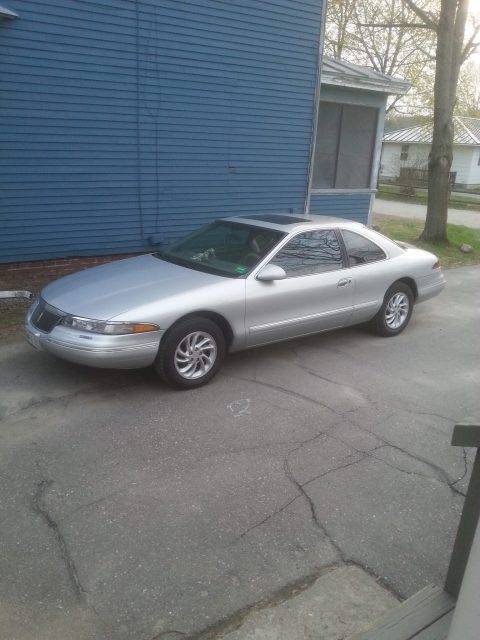 Nice looking car man, welcome to LvC. I'm a fan of the '96 myself, and look to possibly buy one in the future. She looks extremely clean, looks like your dad took really good care of her. 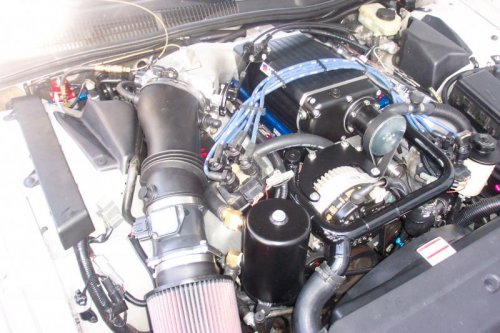 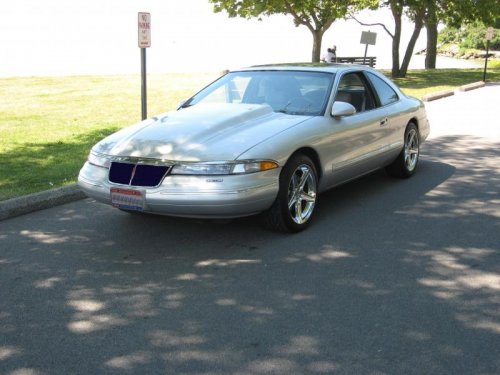 Welcome aboard. Your car looks great and it has a near identical twin out here. "Whiner", however, got treated to some extra's. Hope you enjoy your Mark Vlll as much as I enjoy both of mine. I have the HID's sitting on the work bench to be installed. 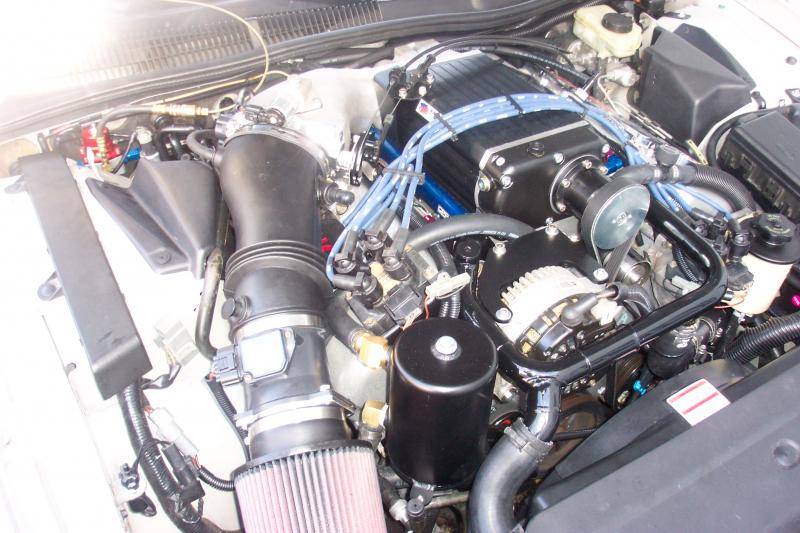 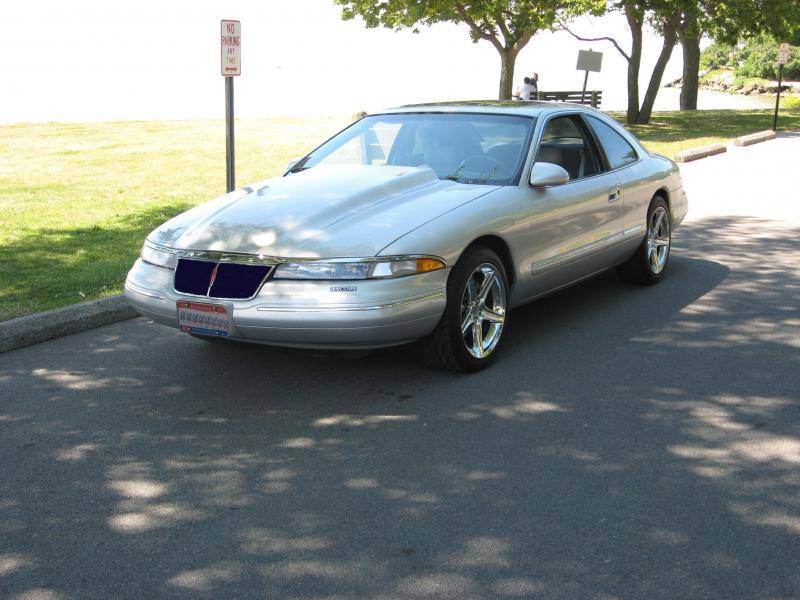 Welcome aboard. There is no wrong answer is there? Both are beautiful automobiles with their own strengths and weaknesses. Rear drive two door V8 car. Ding ding ding - we have a winner. Ask me that again after a blend door repair and I may be of a different mind, but today I am a happy camper. Your car shows excellent care.

Beautiful 96 you have there. I have the same color combo on my 96 but its nowhere near as nice as yours.Congrats to you Gen 1 guys.

Rushsampson said:
Actually, I'm one of those strange cats who likes the Gen I Mark better than the Gen II.
Click to expand...

nah, gen 1 owners are just smarter than everyone else.
nice car. glad to have you here.

Wow, thanks all for the welcomes! As far as how much she is loved, I plan on being buried in this car. I will have another at some later juncture, if only just for a parts car. But having another Gen I to split the mileage every summer with would be pretty nice. So yes! I plan on being around for some time, and just through exploration in whatever free time I have between work I have learned a large amount. I learned some first hand of course too, since my father owned this car some eight years before I did. I loved it then too. : D

Hey Roadboss, is that a Kenne Bell I spy under that bonnet? Very nice work, 'Whiner' looks like she could cause a few incontinence problems if she wanted to. : D Love the cowl induction as well.

Its strange that the exterior of a Gen I has always appealed to me more, but the interior of the Gen II is more refined. If one swapped it into a first gen, that would be perfect to me, I'm sure its been done.

So again, thank you all for allowing me into this fantastic well of information, and I hope to be whatever help I can to keep these gorgeous FN10s on the pavement.

Yes sir, it has been done indeed. (gen 2 on gen 1 interior swap) Scroll down to markviiiedrea's post on this link for pic's. http://www.lincolnvscadillac.com/forum/showthread.php?93448-96-door-on-a-97
K

Beautiful ride man, sounds like your dad took great care if it and you will in the future as well. +1 on the gen 1 love too On a side note since its 96 id start gathering some spare 96 only parts that are getting difficult to find like the IMRC actuators and VCRM. 96 owners chime in here if you know of anything else that was 96 specific.

Welcome aboard Roger. She looks gorgeous! Looking forward to her future. Make sure you post a bunch of pics. We love them around here.
R

Thanks for the tips and the compliments, I am certainly on the hunt for some functional IMRCs and other bits. Finding parts local has been pretty tough admittedly, I've only seen one other in my hometown of Waterville ME, and it was a shagged out '93-'94, with blown out suspension parts. So, I highly doubt there is any kind of local following I have yet to find for these cars, so I will keep combing the for sale threads, and the craigslist for a possible parts car. Besides the year unique stuff, the '96 has always pleased me for being a Gen I car, but with OBDII. : D But again! Thanks everyone for the kind words and warm welcomes.

Welcome Roger, Nice ride. I,ve been re-doing my wifes DD, a 95, and almost done. I enjoy driving it more than my gen 2's. Just got a 94, white/ saddle. You'll get lots of info here, and a giggle or two. TONYyyy

Finding local parts for our cars is a PITA! You'd have to call your local junk yards at least twice a week every week & even then, you'll have a bad time because some of them will tell you to come & look for yourself. If they are a part of LKQ then you can check their inventory online & you will see what cities have Mark VIIIs. Eitherway, your best bet is here through LVC which is & always will be our holy grail or our Mark VIII Community page on facebook. Plenty of enthusiasts that have plenty of parts.

Bunch of us have parts cars and a great resource for used Mark VIII parts is www.car-part.com

Rushsampson said:
Actually, I'm one of those strange cats who likes the Gen I Mark better than the Gen II.
Click to expand...