Fronts are a direct bolt on. 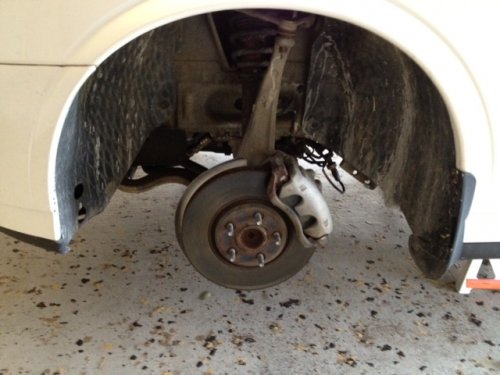 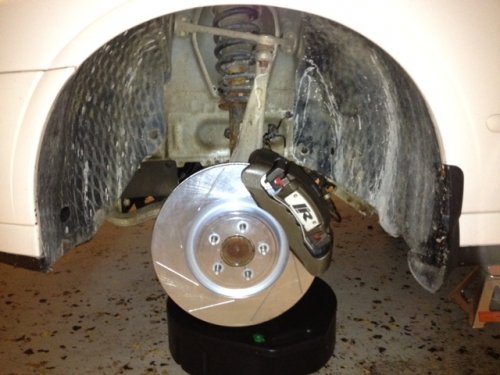 Jag bolts are a little shorter. 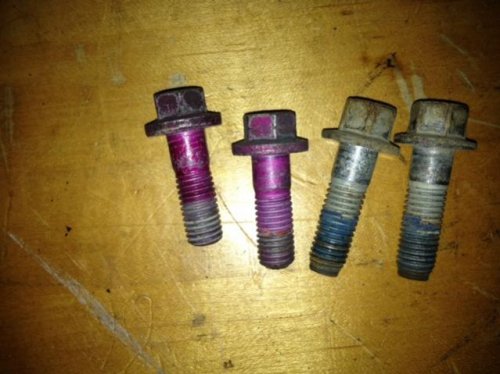 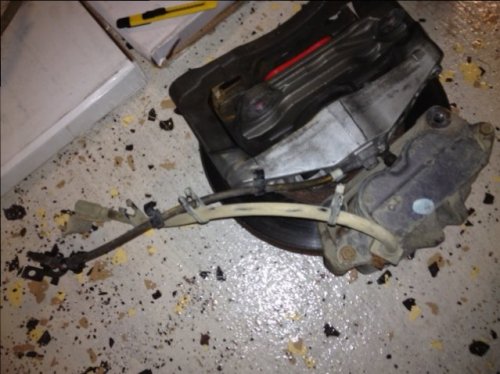 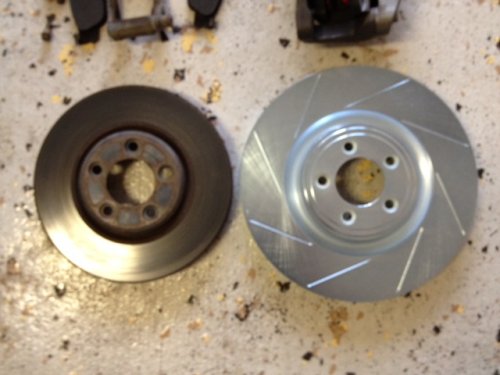 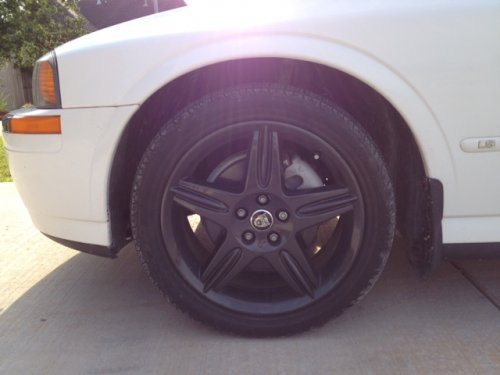 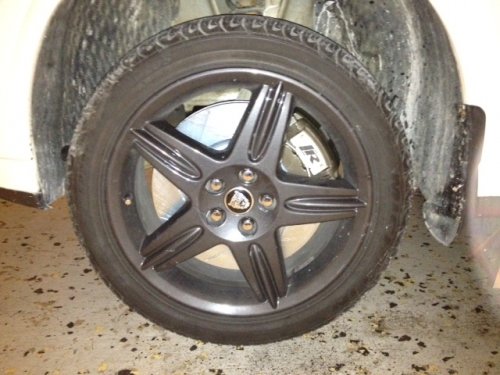 If you can replace your brakes you can do this swap. 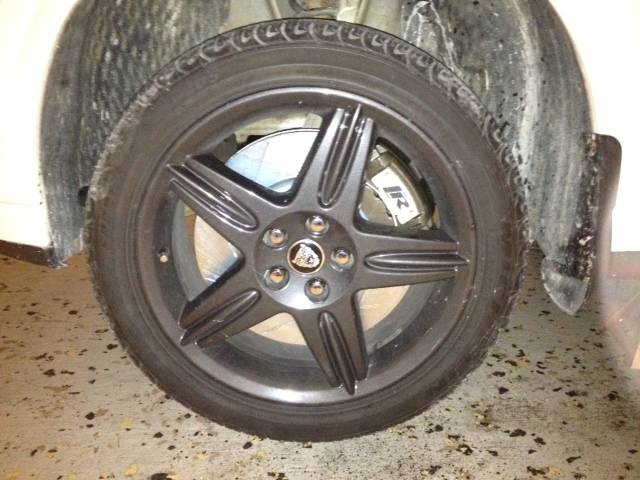 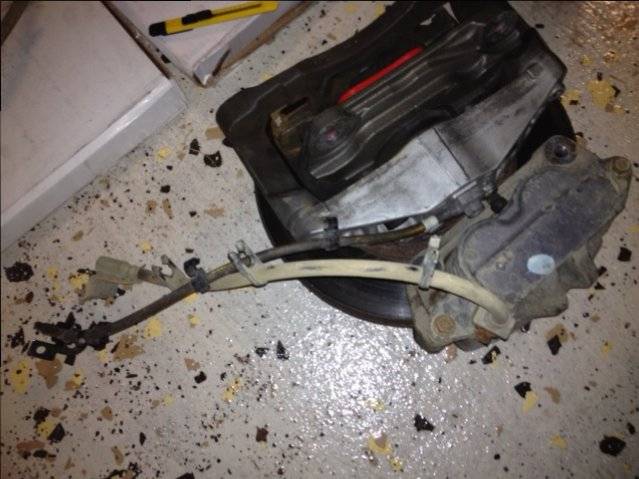 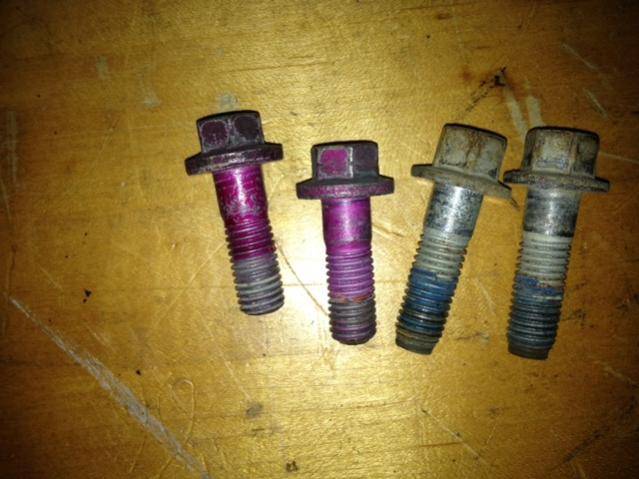 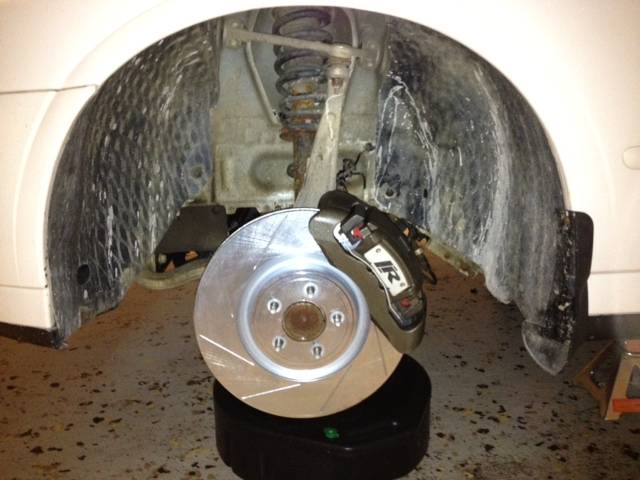 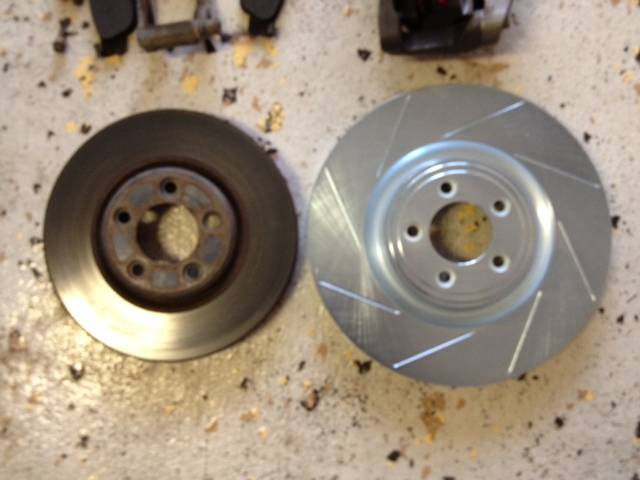 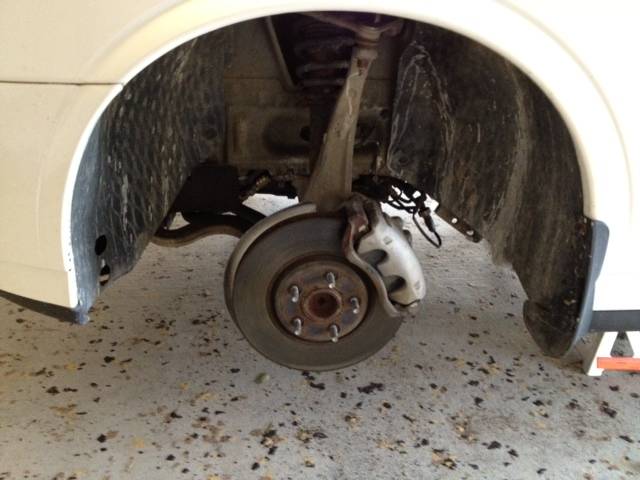 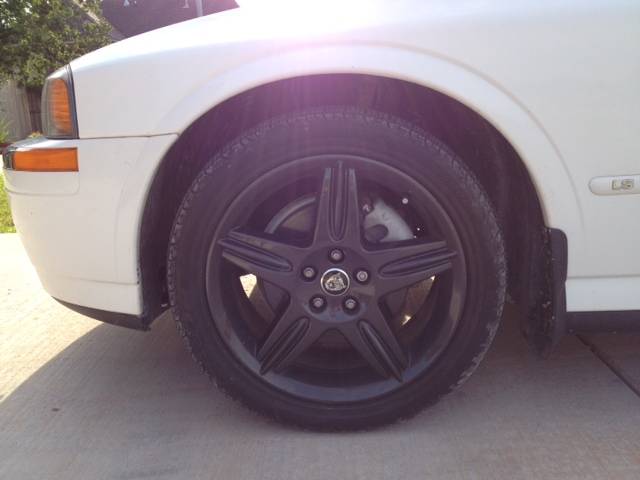 Just when I said I was not going to spend any more money this year. LOL. Thank you sir.
S

Those look great and I bet perform so much better. What's your comparison on that? How much clearance would you say there is? Enough for a 17" wheel?

jmtiseo said:
Those look great and I bet perform so much better. What's your comparison on that? How much clearance would you say there is? Enough for a 17" wheel?
Click to expand...

its pretty unlikely that 17s will clear a 14" rotor and caliper, but maybe..

Thanks so much! Looks very good, and I will for sure be doing this in the near future after finding time to change my coils..you say the fronts just bolt on, but what about the rears? Do you know of they will fit with any modification?
J

I'm not to confident in it but it doesn't hurt to ask. I know us folk up here in the north who drive their cars year round would have to opt for 18" winter wheels if this brake upgrade tickles their fancy.

I'm assuming the parts list goes as follows:
Rotor
Bracket
Caliper
Pads
Bolts (assuming you got yours from a junkyard with the brackets)

dwiggy is my idol - and i don't even own an LS any more. :Beer
R

Very nice! Once my rotorpros wear out, I'm doin it! That will be a while though.....

Dwiggy, where did you order your rotors?
T

marcredd said:
Dwiggy, where did you order your rotors?
Click to expand...

Yes, a parts list with part numbers ordered and sources would be great. Nice work.
N

Is that front caliper still just a dual piston design??

Looks perfect! I agree - a list of parts and part numbers would be very helpful to anyone who wants to upgrade :shifty:

Did you remove the dust shield?

Made a call to the Jag Dealership. Front calipers are $291 per side. The brackets are $105 per side. 3 day delivery time. Needless to say, I will be exhausting the salvage yard options before ever going through Jag.

$800 for the front? That's "cheap". Look at the price of the stoptech big brake kit. Perhaps as a group we could knock it down some more. Not sure you'd want a caliper from the junkyard that's been sitting. The bracket might be good to get there though.

Correct me if I'm wrong, I think its 4 piston calipers up front on the STR. I'm also curious about the rear.

When I no longer swap to 17's off season, these will likely make their way onto my LS. My brakes look tiny with 18's on. Nice job willing to slap down the money to see if this works. Keep us posted of any issues or just general enjoyment.

Once they're broken in, time or measure distance how long it takes to do a 120-0 stop We can make sure the vehicles weigh close to the same and see what kind of difference there is... every foot counts!

Maybe I should just get an STR next

Damn nice job! I just wish there was a junk yard around that carried s-types or ls parts.

To sum it all up

Everything is on backorder but you can get it if you are patient.

I'd do the brake lines too.

The dust shield clears. I bent them back a bit but they don't touch.

I bought the rotors off of eBay for 327+Free shipping.
I found the calipers on eBay for 499 and offered them 399 + shipping.
My calipers had the factory bolts, stainless lines, Red Stuff pads with zero wear (I got a good deal).

The front calipers are not 45/38mm dual piston like the OEM. They are a single 60mm piston.

dwiggy said:
The front calipers are not 45/38mm dual piston like the OEM. They are a single 60mm piston.
Click to expand...

I see conflicting info after a quick search on the calipers. Some say dual, some say 4 piston... Were they ever 4 piston at one point?

02LincLS said:
I see conflicting info after a quick search on the calipers. Some say dual, some say 4 piston... Were they ever 4 piston at one point?

Rotor diameters were also different between the years.

The 2003-2005 STR was considered the best generation for that model. That's why they are still fairly pricey used.

Using some quick and dirty math, there is about 4% more hydraulic surface area (11309mm2 vs 10897mm2) on the STR caliper pistons. So you aren't loosing anything going to the single piston other then extra wheel clearance. Although I still believe that two pistons react better then one, it has been explained to me that's not always the case.

Again, with some dirty math, there is about 10% more mechanical leverage versus the 320mm brake upgrade I did or about 16% more then the stockers. Not sure how that works out to braking force but there is this crazy engineer guy floating around here who can answer that
You must log in or register to reply here.
Share:
Facebook Reddit Pinterest Tumblr WhatsApp Email Share Link