Does anyone know where I might possibly find a center console innards without cd? I was continually getting a CDDJ error on the radio when I went looking for a CD in the changer. I have tried the trick of unplugging and plugging the connector back in. Recently I purchased an aux input adapter that replaces the changer. I wouldn't mind throwing my changer in the trash can, and would also like to have a large pocket in the console, instead of a small pocket and a broken changer. Also would anyone happen to be familiar with the alpine DSP functions?
I wired in a kicker amp instead of the factory "sub" amp. I also changed the rear deck speakers to 8 inch subs instead of the 5x7 that lincoln put into the car. I'm having difficulty wiring the amp into the system. Seems the factory signal wires aren't getting signal at the external amplifier, and I had to pull signal from a door speaker to hook up a LOC. Any information would be great, or should i bite the bullet and replace the factory radio with a Bluetooth double din. I like to spend my extra money on my Hayabusa.

I think I’ve seen consoles on ebay.
My CD works fine so I have no intention of fooling with it.
But I must agree – I wish Lincoln had put the changer someplace else.
It makes the center console almost useless.

I have no idea what you are trying to do as I’m not a big audio person.
I attached the radio wiring diagrams in case you don’t have them. 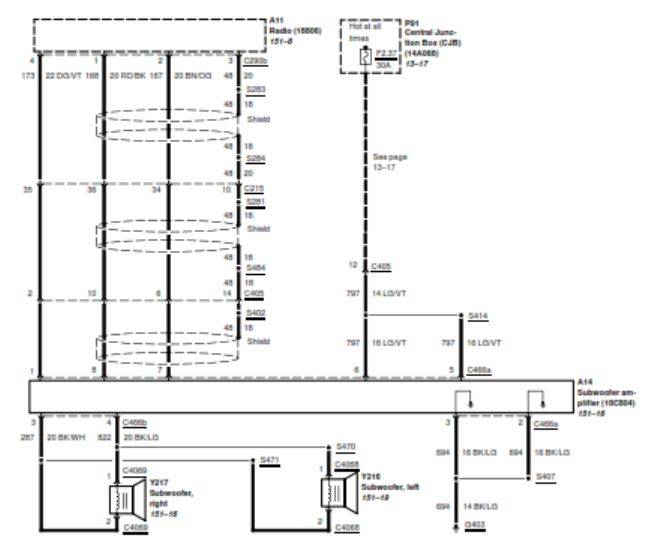 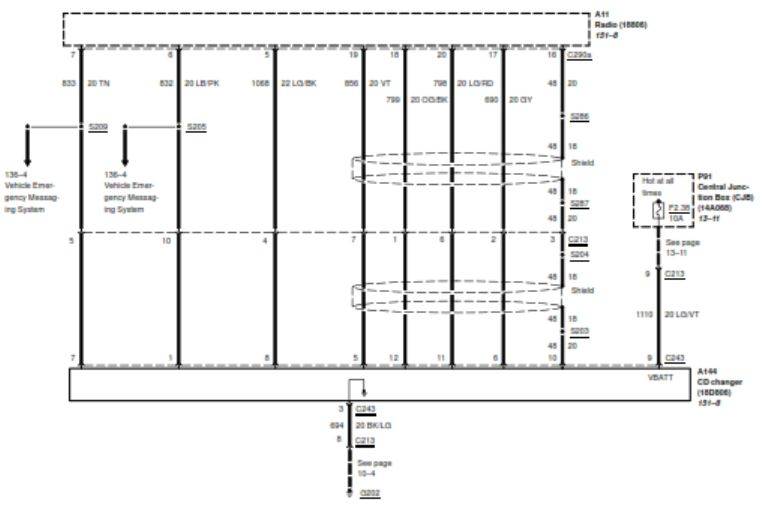 The DSP is actually like modern DSP as far as I can tell and was rather ahead of it's time as most were not even aware what they were 20 years ago, let alone offering one in a car from the factory.

It basically stages the speakers differently, by using time alignment or whatever. Mine had front/rear door speakers AND deck speakers. AFAIK, the F/R doors were controlled by the factory HU and the rear deck 6x9's were from a factory amp. w/o a DSP, the sound from the speakers might hit your ears at different times, assuming your fade/balance are set to 0/middle. So you'd basically ALWAYS hear the front doors prominently, then maybe the rear doors, and finally the decks, or maybe the decks sound more prominent than the rear doors, etc.. The DSP tries to fiddle with the sound so it sounds even or whatever, AFAIK. I know little about them tbh. They are also supposed to be able to affect the sound contour limitations of factory HU.

My '99 had an Alpine cassette deck... with the DSP, which was a rather odd feature to order in '99. I played with it a bit before pulling the stock HU, and from what I can tell, you can mimic the effect IF using multiple amplifiers. Ideally, you'd have say a separate amp for each door speaker or 2 amplifiers (one for left side of car, one for right side; this cuts down on cross-talk i.e. you pan balance all the way left, your right channel should be dead silent; cross-talk will allow some sounds to "bleed" over from left/right if I understand it correctly, so if you are listening to an older rock song where they panned vocals hard right, guitar solo hard left, and you are playing it loud enough, you might be able to hear sounds where they are not intended. Would be easier to hear on headphones).

Anyhow, assume an amp for each door speaker, and either a 2 channel amp or 2 more for each deck speaker. Turn off any amplifier cuts/freq. cuts, etc. for door speakers and adjust the gain to where each speaker can be heard from your seat, and use a HU high pass cut to protect them. Then mono out the rear deck vs. left/right stereo and add a separate cut and adjust their gain so they blend with the rest of the system.

I did something very similar to that, and to my ears, it sounded almost identical to the Alpine DSP from the factory for the one setting that made the rear deck more pronounced, but to be fair, I also had 4 tweeters top mounted near the headliner (1 above each seat area on a 4 door) and firing at the seats and I could hear everything.

DSP basically try to correct odd car layouts. I honestly think they are more or less hype from the fabled internet where person A reads person B has one and person B writes how great it is......

As far as your amp and the 8's, don't use the factor wiring. Chances are, your amp (if/when working) will pull more current than the factory wiring would allow. Your best bet is to buy one of those 4 or 6 gauge amp wiring kits, run your own 12v+ and ground directly to chassis (BARE METAL TO THE GROUND WIRE; paint, rust, etc. will cause issues), run the RCA cables with a high/low adapter and run a switch to the remote.

If it were me, splurge and buy a $100-150 HU with a CD player, USB, BT, etc. and at LEAST sub pre-outs as those HU usually offer bass cuts, a line level adjustment at the HU for the subs, etc. etc. Run the RCA to the amp, and run the remote 12v+ ON to the HU (can still add a simple toggle in between that if you want) and the HU will always power on the sub amp unless you switch it off. Also, strongly suggest the HU has a high-pass filter built-in. Set the HP filter to around 80-100hz. The factory speakers are actually OK (they have a Made in the USA stamping and might actually be Alpine) for use with aftermarket HU, but you MUST cut bass freq. to protect them. w/o the cut, they try and go as low as the HU allows, and they'll break up and die prematurely.

Sorry for the long post. There might be some inaccuracies with the DSP stuff (not my expertise), so read up more at good sources if you want to learn about it. Some people swear by them, but then again few people will chastise a several hundred dollar investment if it adds marginal improvements. And if they grew up listening to BPC stereos from the 90's, and never anything better, these DSP-systems might be like listening to a McIntosh for the 1st time after only hearing garbage home systems.
Last edited: Jun 16, 2018

I do have my aftermarket Kicker amp wired with a fused 8 gauge wire and the ground goes to the uderside of the rear deck where i used a sanding disc to get to bare metal. The amp I purchased is exactly the same size as the factory amp so it fits in factory location in the package tray. It is also a class D to keep heat down. I do think a double din BT HU is in the near future. I would get one with many pre outs and all the crossovers as well. Thank you for the information.

You can also go used with a HU if trying to save money. Sometimes you can a get a good deal on something someone upgraded out of. Goodwill has an online auction site Listings - shopgoodwill.com
and people seem to ignore the HU's unless they were a TOTL the year they came out or something that was popular back in the day. It's a coin toss how well it might work, but usually people donate working gear. Amps w/o fuses are usually a bad sign, as are broken/missing parts. But a 5~ year old HU will probably work.

I've bought oddball amplifiers And a couple subs via the site over the years.

Your fused 8 gauge on the Kicker needs to be a battery tapped connection if it's not already, not the factory amp's power connection.

The stock front door speakers have tweeters that are capped at the speaker (high-pass cap) but only for 25v @1.2uf (meaning anything more powerful than factory HU can pop the capacitor). Rear doors are full-range 5x8 w/o any tweeter/mid. Consider all four door speakers to be in the 25w to 35w range IF you use a high-pass cut.
Last edited: Jun 18, 2018

The fused 8 gauge wire is run directly from the battery. I'm sure someone has tried to put an 8 gauge wire on a 20 gauge, but I am a bit smarter than that. The only factory wires I'm using is the turn on for the factory amp and I tapped the speaker wires for the right rear door for a line out converter. Thanks for the link to goodwill. I never knew they had become an online savings place.


Most of the brand new double din HU's have between 12 and 22 watts RMS and upwards of 50 peak. Anywhere I might be able to find the info on the stock HU to know if I should just replace the 4 door speakers? Its almost sounding like that is what will be necessary. At that point I'll throw all of the speaker wire Ford put into the car in the trash and re-wire all speakers like I did in my first Conti. I had more expendable money back then for stuff like this. Now I spend it on $500 exhausts and $100 oil changes on the motorcycle

I ultimately tossed the factory head unit in place of a double din. I purchased a Pioneer MVH-S600BS. It works well and has all the capabilities I need it to have. it has 3 sets of 4 volt pre-outs on it. It wired in easily with the Metra adapters, and sounds much better than factory! It has front and rear crossover functions as well as the subwoofer output. To top it off it has roughly 15 colors that the display could be. Once I turned the brightness down there was a green that almost matched all the green dash lights perfectly!
You must log in or register to reply here.
Share:
Facebook Reddit Pinterest Tumblr WhatsApp Email Share Link
Top