Our New Mustang concept at SEMA

Here is the latest offering from Auto Kraft in Nebraska, the Reversion Mustang was built By the young talented Johnny Sparks (aka John Heermann) a recent trainee and employee at our shop in Lincoln, One day at a Mustang car show checking in with our customers and their classics we restored the conversation came up about the new Mustang GT. The new 5.0 eng, modern high tech platform etc. But the styling for 2011 was less then what I would have hope for! As a few of us chatted about what it should have looked like, the young Johnny Sparks was listening, thinking, and planing that led to action, a few days later Sparks bought that 2011 GT, and was set and determined to do his thing! I helped design and work him into the very complexed challenge of cutting a new car apart redesigning and creating as you go, but I had been down this road a time or two, and it was good to revisit and see a young talent emerge. John spent 9 months of hard dedicated work transforming the same as most all other 2011 GT Mustangs into the work of art it is today! The first showing was SEMA 2011 in the Red satin finish , then for SEMA 2012 John pereped and painted it shinny blue either it's a Hot ticket! Be sure to keep an eye out for the Reversion Mustang in a magazine soon! Just thought some of you would like to know. 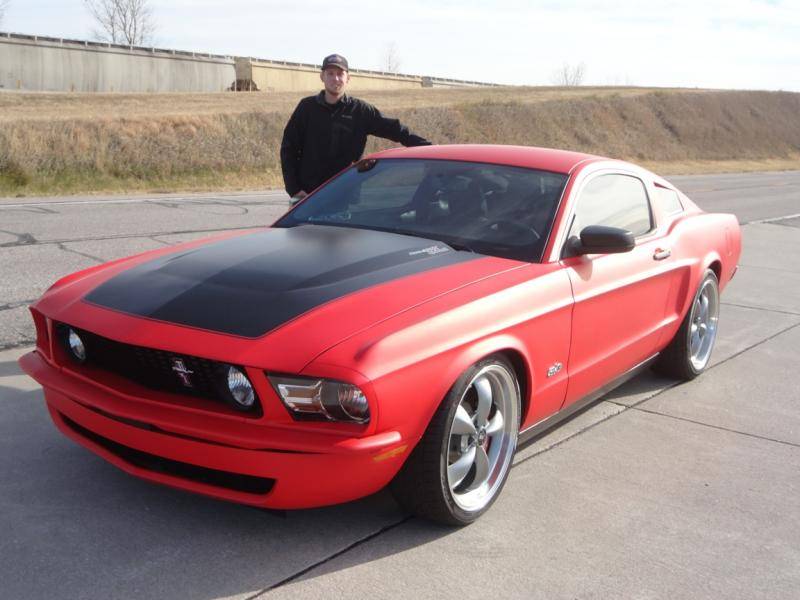 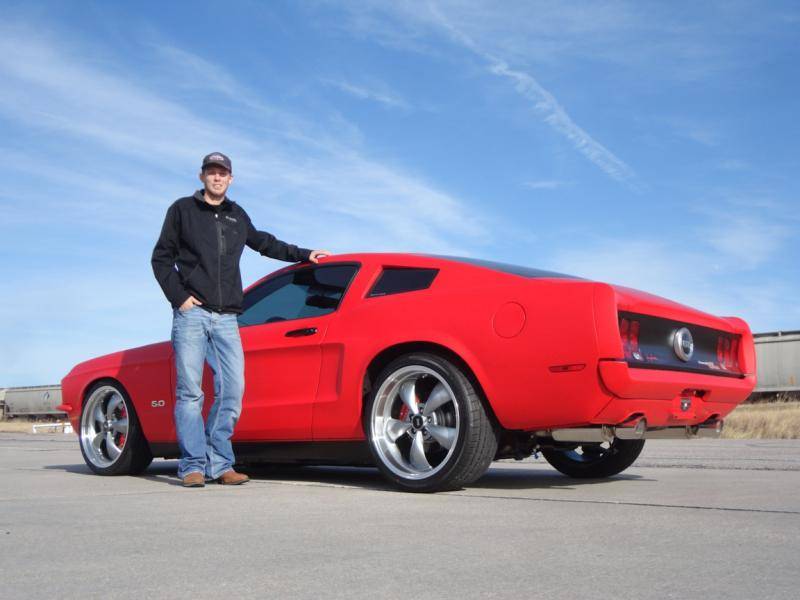 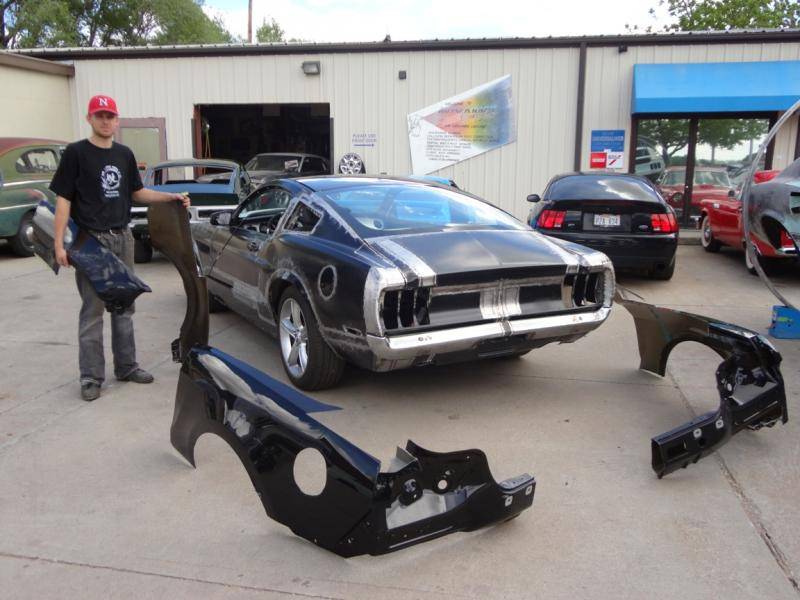 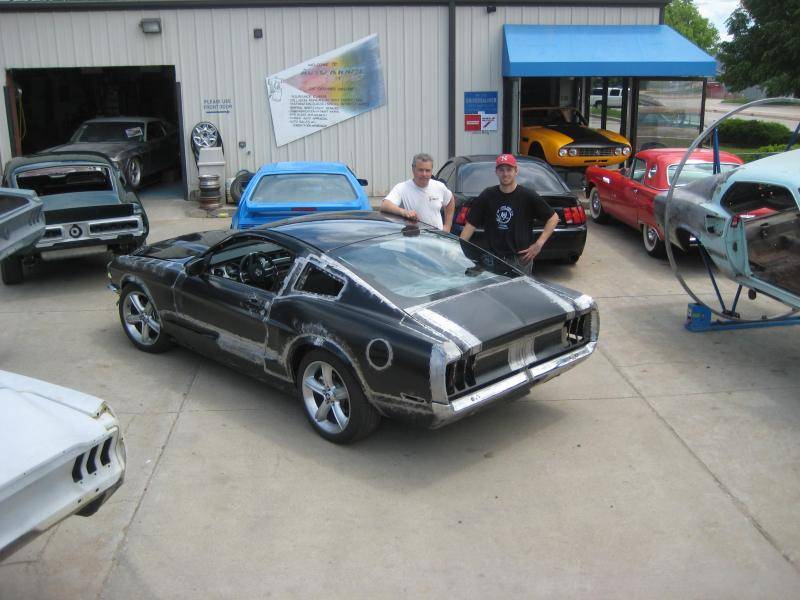 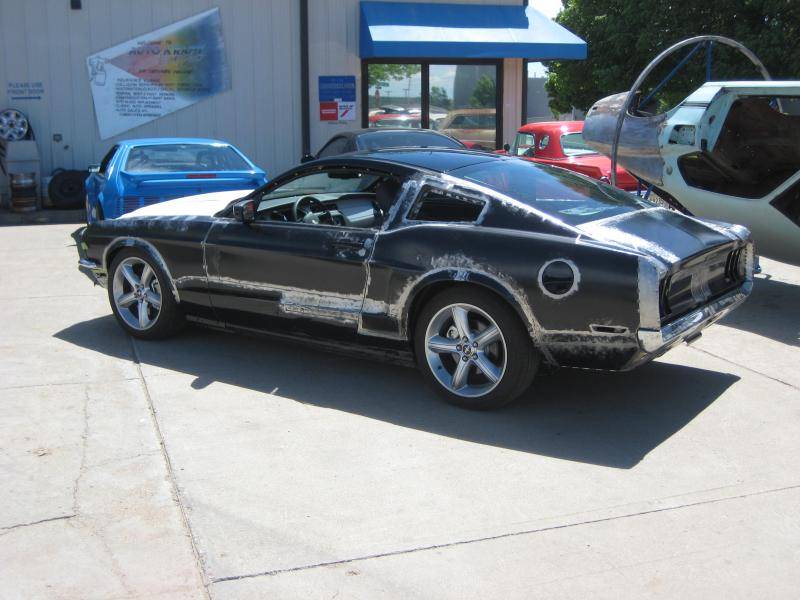 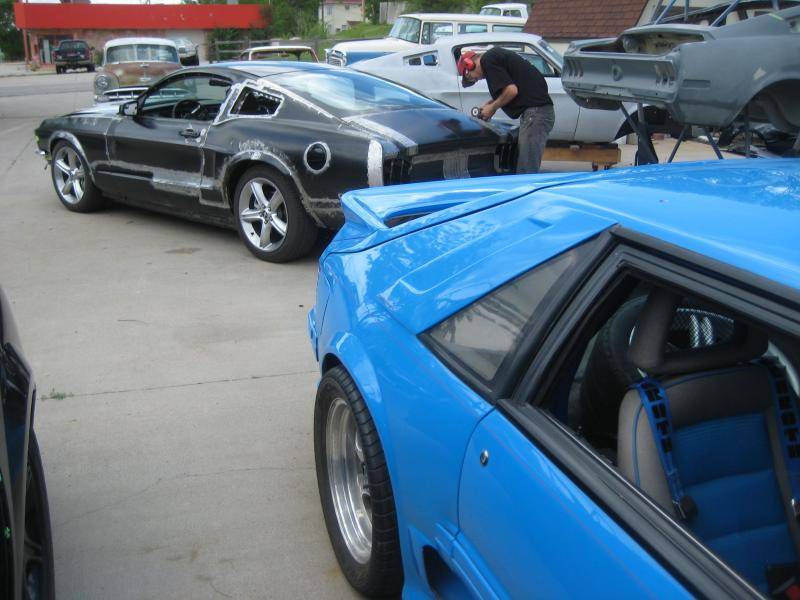 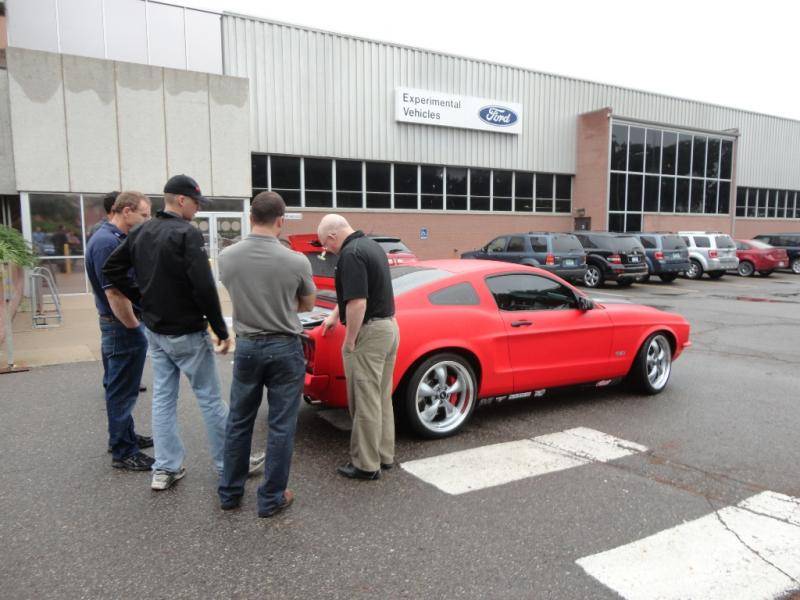 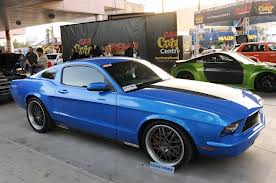 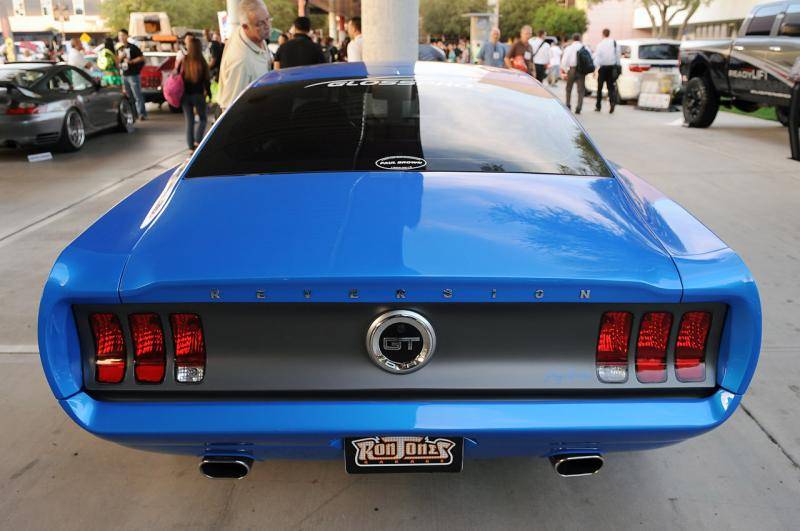 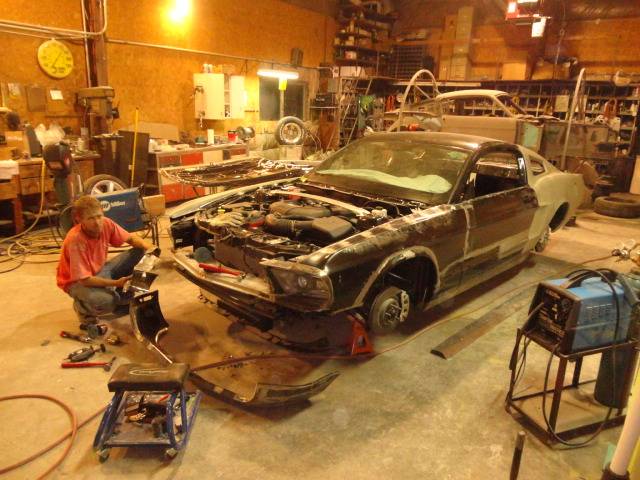