Just got a call from a guy at the tire shop. I was hoping to hear that the new rear tires were on. Instead, it was a customer using their phone, telling me he backed into my car. So, I drove the boss's car down to get his insurance info, and check it out. 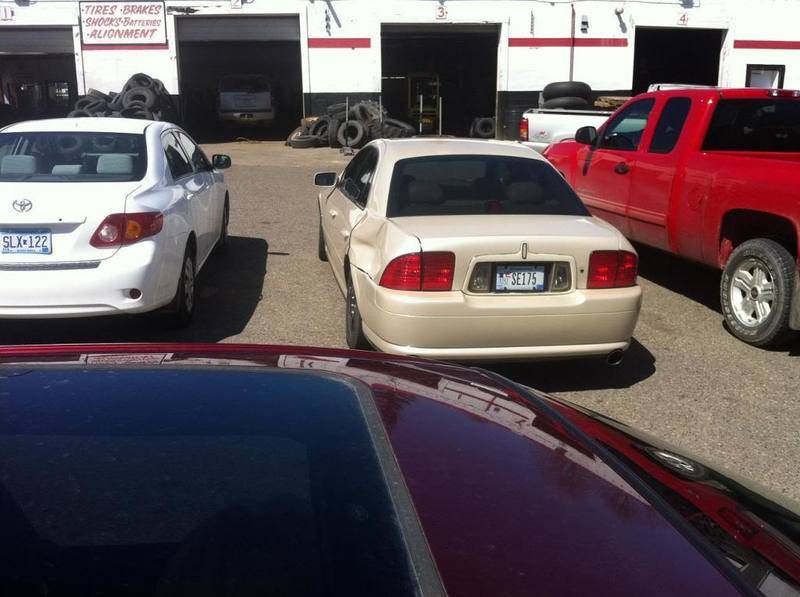 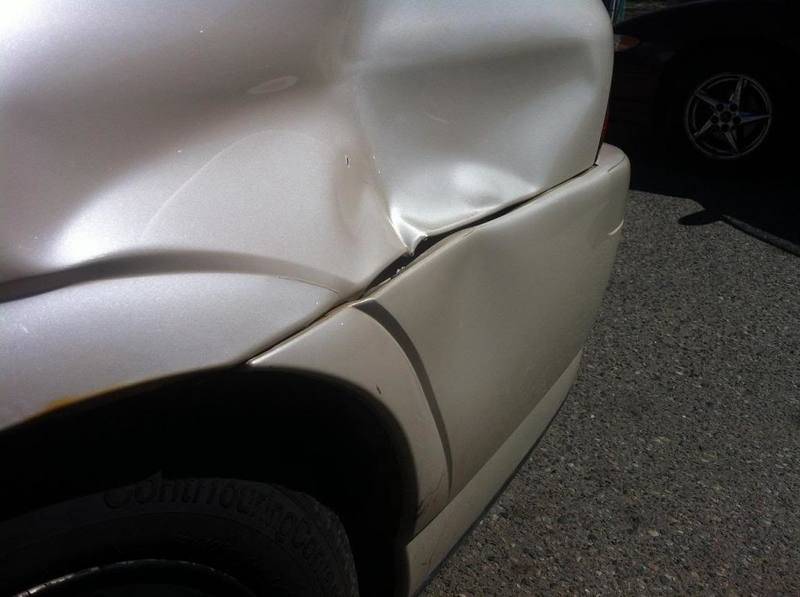 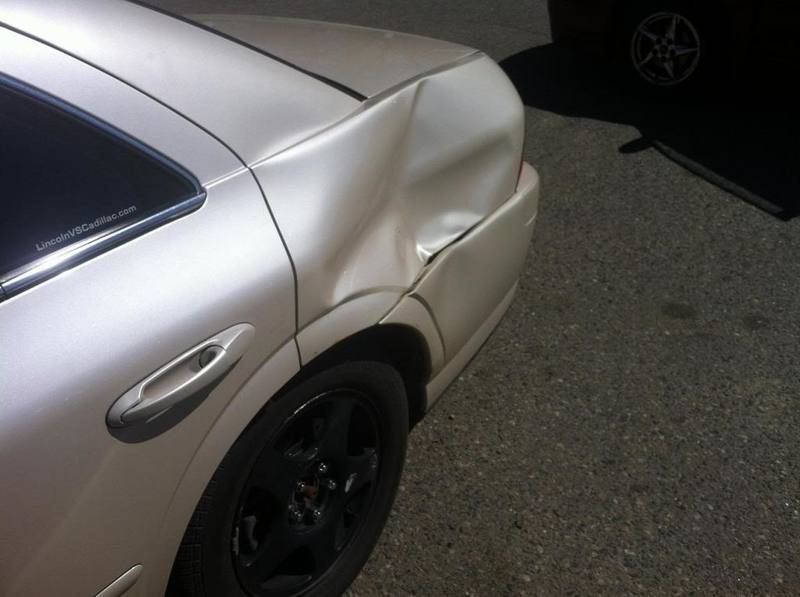 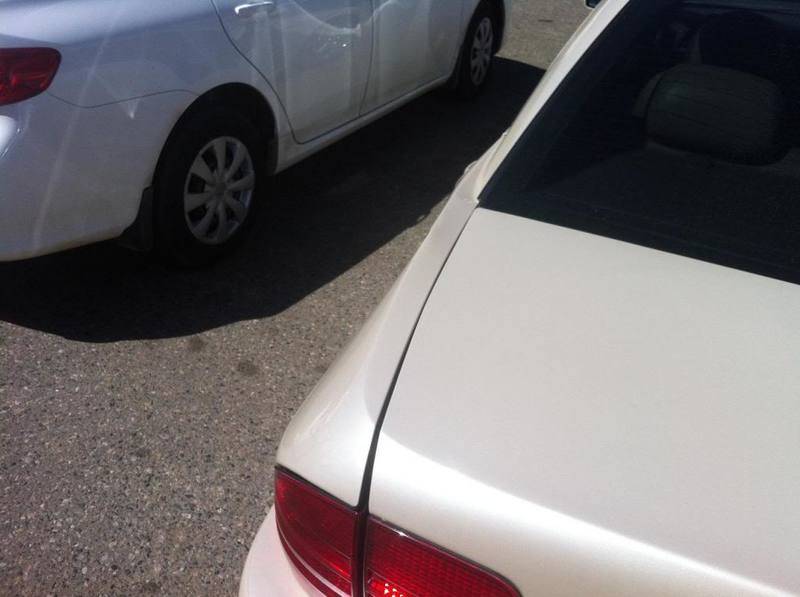 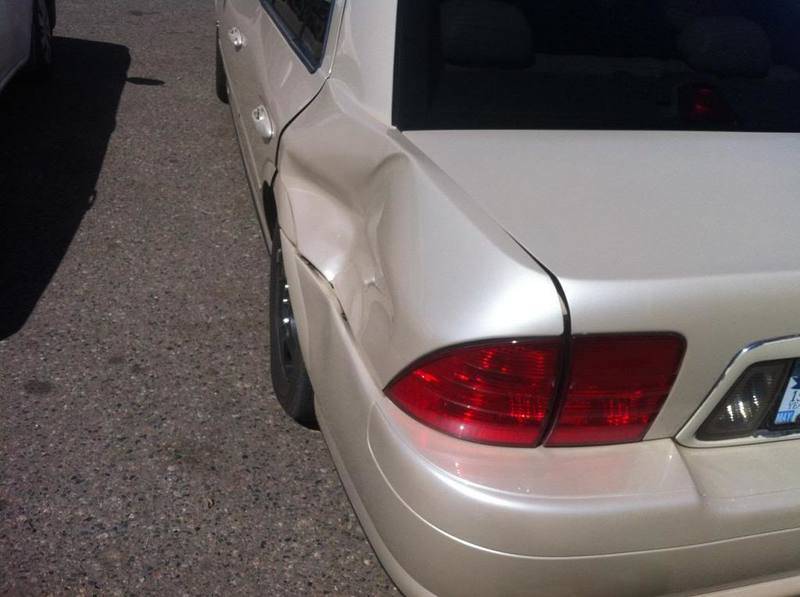 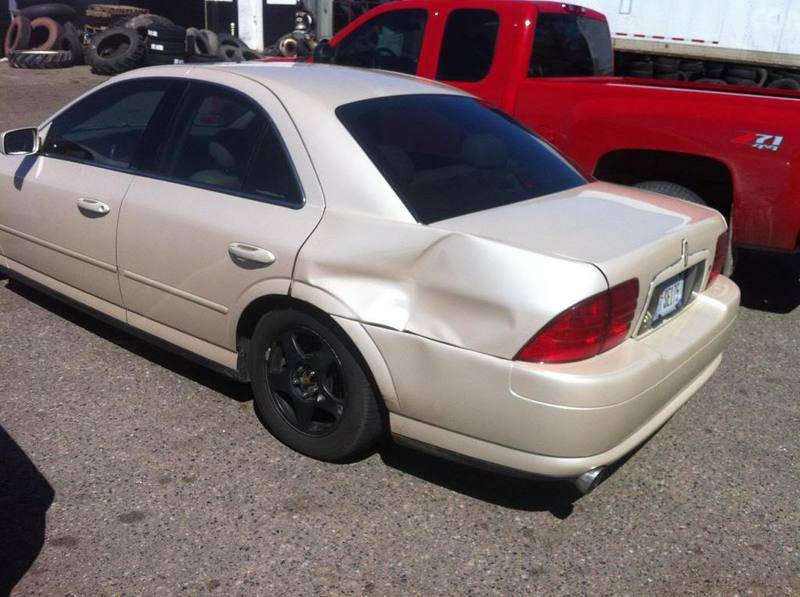 I told him he should've hit it harder.

At least the only spot that was showing a little rust is the panel he hit. Gonna throw in a respray on the rear surround and trunk, and see if it passes the insurance.

Crazy... I'd imagine it would add up pretty quick

Wow. Looks like he backed in pretty hard! Good luck with the insurance!

That was a HUGE hit! That looks like at least $3K! Unless something was tweaked, which will drive up the price even more!

Man, this is AWFUL!

Yikes dude, that sucks! I feel your pain though, my car is headed to the body shop today-I have a feeling they are going to total it due to hail damage.

Oh Pete, that is too bad! Both of our cars are banged up now. Forget my message I sent you I found the clear side markers.

F's sakes, enough of our LS'es getting banged up for no good reasons.
If I remember correctly you had a stuck boot on the pedals into the back
of the garage with the front end not too long ago as well.

Man ... your luck as of lately.
Sorry to hear/see Pektel, speedy LS recovery.

Dibs on the Exhaust tips!!

That is too bad...hope it gets fixed better then new.

Guess I'll buy it back, find a quarter panel at a yard (Ford wants over $1200 for one), have an independent guy fix and prime quarter panel, then vinyl wrap.

was the frame bent on it at all? when someone stole my last ls, he fished into a barrier or a pole in the same area. pinched the quarter panel just like yours and shifted the rear end an inch or so to the right

Ouch! Sorry to hear. What color will you wrap it?

What a shame, sorry to hear this.
C

wow we lost another one. maybe take the cash and time to upgrade to a gen2 o6

Ramming speed captian!!!!!!!! HOLY CHIT!!!!! Hope you get her back together quickly. One of my favorite LSes.
J

Did the person who hit you drive a bus or a semi?! Cripes man that's a huge hit (like they took a running start) and totaled at that. It might be time to think about something besides an LS, sell the extra parts laying around, and start fresh. Only bad thing about that is car payments suck!
S

Someone was driving by sonar: after the "bang" another 2 feet!
T

You might try telling the insurance company that you will not accept a total, that you are going to fix the car yourself then sue the owner for the full cost. No idea how that'll work, but it's something that worked for my dad on a claim he once had.

Telco said:
You might try telling the insurance company that you will not accept a total, that you are going to fix the car yourself then sue the owner for the full cost. No idea how that'll work, but it's something that worked for my dad on a claim he once had.
Click to expand...

I have an acquaintance who after seeing the damage and posted his thoughts, said:

I'm in contact with him now to determine my best course of action.

If you have not already, I would try dealing with both companies. A couple years ago I had a guy in a full sized Chevy truck decide to turn left across my lane right in front of me while driving my Pathfinder. I did what I could to minimize the impact, but we still met with right fronts. I have an ARB bumper and it was pushed back at the top (lever effect), impacting the hood which resulted in not being able to open the hood after accident (bumper was in the way)

My insurance company wanted to total it, the other guys worked with me resolve the situation. Ended with a $3700 settlement for damages to my truck (neither of us were hurt) and his truck had a much higher repair bill.
S

That sucks man, glad that you are staying with us.

Just took another look at it. Should buff right out.

(Can't believe over 20 replies, and no one said it yet)

Their insurance adjuster is coming to my work monday to inspect. I really just want it fixed and back on the road.

pektel said:
Just took another look at it. Should buff right out.
Click to expand...