Hope these pictures get thru. I never posted pics to this site.

This weekend I disassembled the DCCV on my 2004 LSV8. I assume they are similar for other model years but could be WRONG.

I had hoped to disassmble and repair this expensive part but a torn rubber bootie killed that hope. However, I hope the pictures are helpful to others.

Takes maybe 1/2 hour with a couple sockets and Channel locks to remove the hose clamps. Clamps are the hardest part of the job. Remove the air box above the radiator for easier access. Small hands are a plus here. Might need a flat blade screwdriver to help force the hoses off the pipes. Note the Upper radiator hose/pipe is plastic and can be brittle. Don't break it.

Picture 1 is the DCCV after removal from the car. The connector towards the bottom of the picture would be towards the front of the car for reference. I found it easier to remove the two top hoses and then pull the whole assembly with the bottom hose(from the "T" of the upper radiator hose) still attached and with the electrical plug still plugged in. Once the assembly is in your hands, there is a red plastic rectangular slide on the connector that slide up towards the wires which unlocks the connector. Unplug and then take the assembly to the work bench. From the over head view the connector pins from left to right are labeled 3 2 1. Resistance measurements were as follows... 1-2= 14.6; 1-3= 20.1; 2-3=8.6 Ohms. I think this means the solenoids are not shorted but am not sure about the 8.6 being in spec. previous postings mention only two measurements which should be between 10 and 23.

Picture 2 Shows the Valve body separated from the Solenoid assembly. There are 6 Torx T10 screws. There is no other fastener or glue or whatever holding this assembly together. Everything can be disassembled by hand maybe with a little help from a flat screw driver. Note the two pistons/plungers. The plunger body is corroded. I cleaned these later with 600 grit paper and a brass wire wheel Dremel tool. The chrome plating on one was damaged exposing bare steel. The other half is the solenoid assembly. the solenoids are plastic lined in the cavity where the plungers sit. The face of the solenoid body appears to be a rubber flat seal which seals agains the steel plate on the valve body.

Picture 3 shows the solenoid/plunger and seal plate removed from the valve body. The plunger has two sides, one seals against either the plastic cylinder to the left or the rubber bootie around the pointy end of the plunger. The rubber bootie is torn around the bottom which causes water to leak into the solenoid assembly and I assume gumming up the works or leading to a short in the long run. In this view I am compressing the spring of the plunger which cause the cylinder to seal against the rubber cylinder and exposting the "arrowhead" shaped valve.

Picture 4 shows the inside of the solenoid covers and the solenoids. Hard to see, but they were slightly wet and had some clay like crud in them. I cleaned these out with alcohol swabs or paper towels.

Picture 6 shows another set of markings. >PA6T/XT-GF35< Maybe a useful hint for a parts search.

NOTE the top of the solenoid covers shows BOSCH manufactures this part.

If this gets thru I may add more info. Hope the picutures are in order.

Assembly is easiest with the long Rubber hose connected to the bottom outlet before installing in the car.


PICTURES DID NOT MAKE IT. WILL TRY LATER TODAY.

The pictures should be in order... 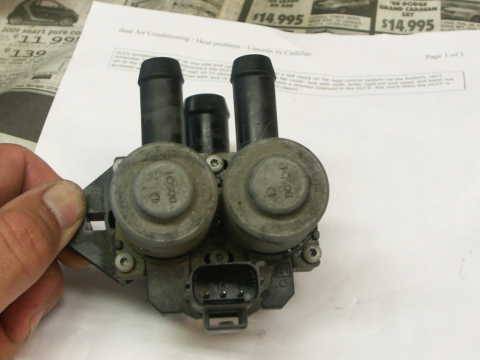 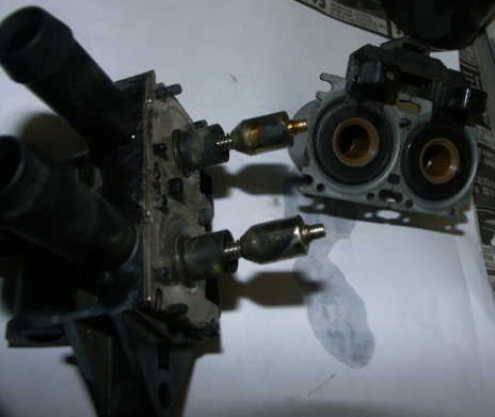 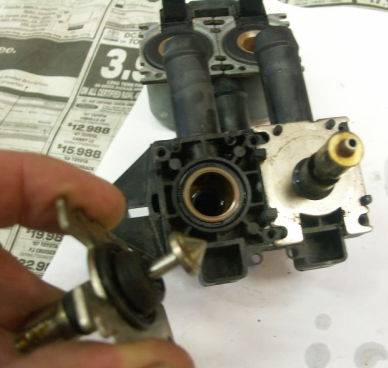 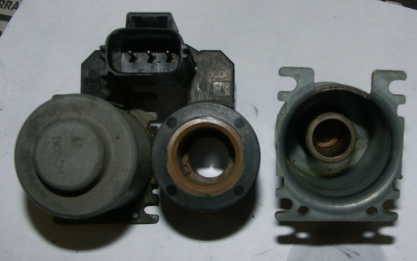 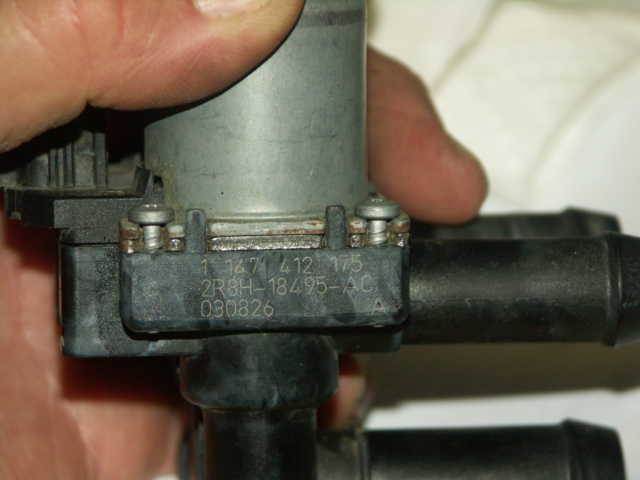 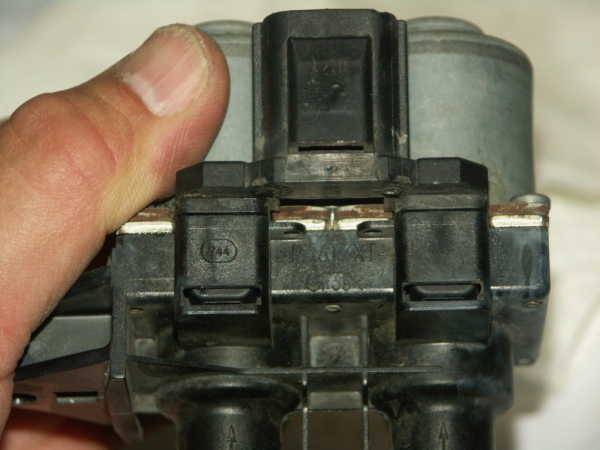 There is only one screw that holds the DCCV in the car. My thumb is covering the screw hole in picture 1. The tab on the DCCV slides into a bracket. It does not sit on top or below. It sits Inside a slot.

This is a very easy job that should take a fair mechainic little time to do.

Looks like the PA6T/XT GF35 number is a reference to the plastic material used to make the valve body. Maybe the other part numbers will lead somewhere?

It sounds like you had to replace the entire unit. do you have the dealer part number?

TooManyToys said:
It sounds like you had to replace the entire unit. do you have the dealer part number?
Click to expand...

I now realize why my search didn't find it, I typed DCCA.

But now that brings up another question. I've found two part numbers with a good difference in price:

I now realize why my search didn't find it, I typed DCCA.

But now that brings up another question. I've found two part numbers with a good difference in price:

Edit: I see that both links were for V6??? Anyway you best best is to e-mail Max with the details of your car and he can get you the right part number and a quote. Then you can look up that part number and see who you want to buy it from (I vote Max.)

I did just Ford/Lincoln on-line sites but the drop down menus don't show the valve and the direct connection to the parts only states what they are.

Guess I could have done this on my own, but now someone else has a link for the future.
T

I've already done this work and produced a report on with photos on the dccv. Your pistons need to be cleaned and the sleeves. Clean it all up and reassemble, reinstall, you should be good for a few more years.

Does the plastic ever fail and leak water?

Gus_Mahn said:
Does the plastic ever fail and leak water?
Click to expand...

Yes. If just a little seeps into the solenoid coils, then your done and the DCCV has to be replaced.
T

test the solenoids, 10-23ohms resistance = good. never heard of the cover cracking over the solenoids, but i guess it could happen. It could develop cracks in other areas too. You can always hook a hose up and plug the ends for a pressure test.
L

Well I know it is an old post but was wondering if it is possible where taking it apart and cleaning it could fix the problem( if nothing is broke inside).. For example my driver side is a little bit colder then the passenger side, and not by much. and people have said that's the Beginning stage of it going out.

Might want to check your climate control passenger side zone is not set to a lower temp.
L

I had to replace my DCCV in my Gen II LS this past weekend due to 2798 code - driver's side solenoid shorted to ground. I also took my old unit apart. No rust or dirt inside, nice and clean - just a shorted solenoid.

The Bosch p/n 1 147 412 175 or 11474112175 is the OEM Jaguar p/n for the Gen II unit. Search this p/n and you will find that the DCCV is slightly more expensive if purchased under the Bosch/Jaguar part number compared to the Ford or Motorcraft part number YG-378

Although careful as there are two types of DCCV's available for the LS's.
One being a unit with only three in/outlet tubes (YG-378) and another unit which has 5 (YG-355) 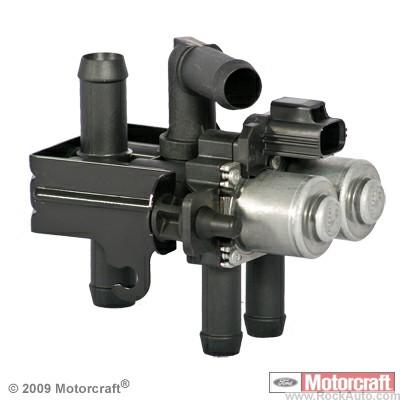 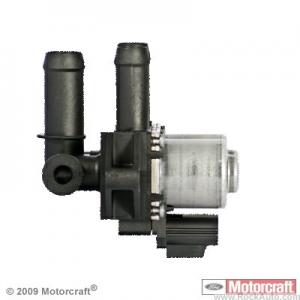 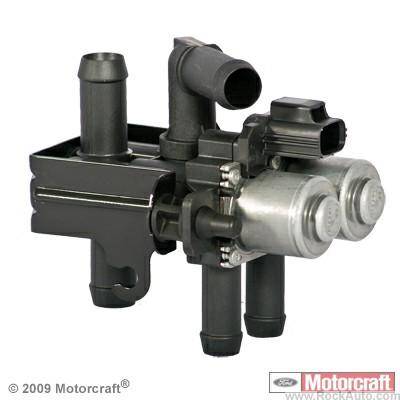 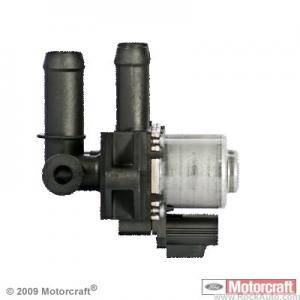 Although careful as there are two types of DCCV's available for the LS's.
One being a unit with only three in/outlet tubes (YG-378) and another unit which has 5 (YG-355)

And after doing both, I can say the Gen 2 is MUCH easier!!!

Yeah but you take 2 hours to put a fuel filter in!!!

BigRigLS said:
Yeah but you take 2 hours to put a fuel filter in!!!

Yea, but it takes time to admire one's work!!