I don't know how everyone falls out on the subject of converting air suspension to conventional suspension on our Navigators, but here's my experience with it.

A little over a year ago, the air suspension system on my '99 Navigator failed. On my way to work one day, I noticed that the compressor never started running like usual. As I pulled into the parking lot at work, the relief valves were operating and rear end was dropping. It continued after I shut the truck off until the rear was down on the stops. I started it up again, and the system refused to run. I had to replace the relay up in the right front wheel house. The part was $125, and that was with a generous discount from my parts guy at the Ford dealership. The system worked for about 6 months, and then new problems set in. After being in a minor fender-bender (while I was stopped for a red light, a full-sized Dodge van slid down a hill on a snow covered road and rear-ended me) the rear height wouldn't hold and the compressor would run even when the truck was shut off, resulting in a dead battery. Probably the result of the accident causing a damaged ride height solenoid or holding valve. Regardless, I dealt with this new problem by starting the truck, allowing the system to raise the suspension to the proper height, then shutting off the air ride all together and pulling the 50A maxi fuse at position 109 in the power distribution box under the hood. This had to be done every 5-7 days to retain the ride height.

Ultimately, the next component of the system failed, the compressor. It was time to cut my losses. My Navi has over 105K on the odometer...still lots of life left, so I decided the next step was converting the entire suspension to a conventional setup. After lots of research, I decided on a Monroe conversion kit. But I didn't purchase the 90006 kit that was recommended for the Navigator. In my research, I read many posts advising the 90010 kit for the Expedition. One reason given was the fact that the converted overall ride height with the Navi kit would result in a lower ride height than the original air suspension provided. Another reason was that the final converted height for the rear would actually be lower than the front, so the truck would end up sagging in the back...not cool.

So, I ordered the 90010 kit from Amazon for $255, which included expedited shipping. My mechanic did the installation for another $260. At a total cost of $515, I couldn't be happier with the results. No more air system headaches. A smoother, firmer ride...yes smoother than the air suspension (I've only had the truck back since noon yesterday, but we drove it around town for over 4 hours last night and couldn't get over just how well it rode and handled). Taller overall ride height with a higher rear level, resulting in a cool looking rake. A little better weight capacity, because the Expy kit rear springs have one more loop than the Navi springs.

Again, I don't know how the purists feel about forsaking the air suspension, but I know that I made the right choice. I plan on running my old battle wagon 'til the wheels fall off of it! 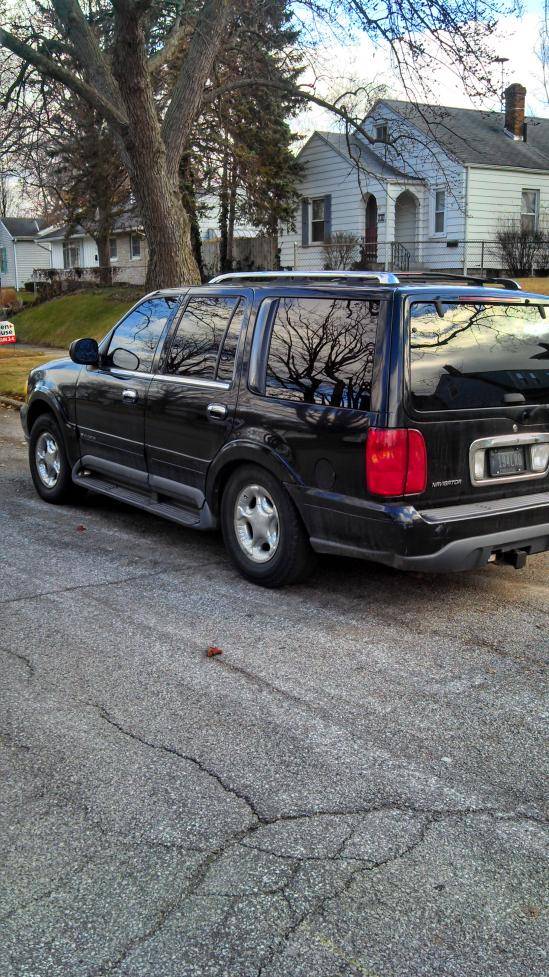 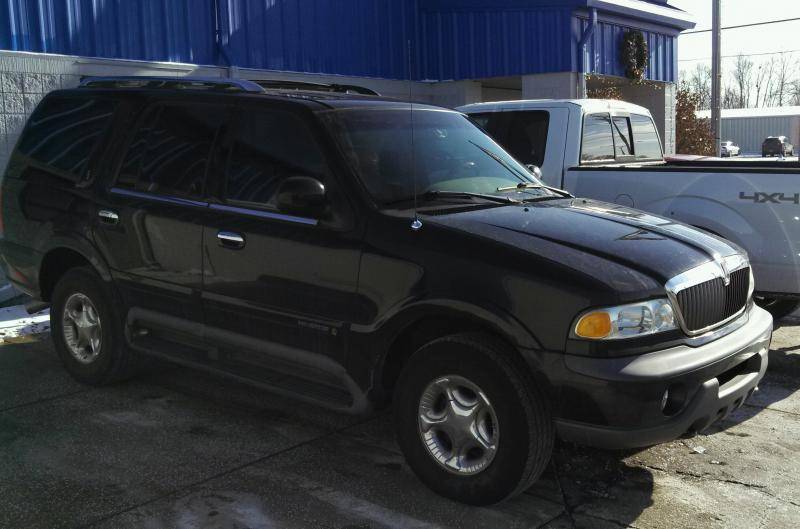