i got it up on cardomain..... she's alil rough right now, but i love er. http://www.cardomain.com/member_pages/view_page.pl?page_id=534679
and on my friends' site for our mopar club http://www.manicmopars.com/indexmr.htm
S

Damn, that is rough. But it will look great once you get it done!
H

no, no my friend. the baddest muscle car was the ford cobra 427. though the hemi charger69 is my favorite.
G

Mopar engines totally rock. Can't say I'm a fan of thier body styles, but damn did they make some badass drivetrains.

I'm not saying that it's the baddest

But it is a nice peice of ol' iron, and the 9's are pretty rare birds

Check out my Doge Challenger Cardomain page. http://www.cardomain.com/memberpage/326152 It has some good "Before and after" pictures. It has Nitrous, a reverse manual valvebody race trans, headers, intake, carb, ect... I love the simplicity of the Challenger, but I do love the luxury of the mark viii.
A

I like before and after pictures also. I just wish that I had documented the car better as it changed because there were some inbetweens. One inbetween was when the car was rough sanded and painted with 20 cans of Walmart Cherry Red spray bombs. It looked damn good and lots of people thought I was lieing when I said I used spray bombs.

Then there was an after that was a before-the-after picture. In other words, a paint job after the cherry bomb job but before the 1987 GM code #62 paint job. That paint job was merely sealer to protect the mega thousands of hours of body work/prep. The paint was a 2 tone of scraps of 2 stage urethane. The top of the car was Mustang white, and the bottom of the car as a concoction of mostly gold with about 15 different little scraps of every metallic color imaginable. Then the white was fogged with the "gold" to smooth the transition, then it was clear coated with a mixture of 3 urethane clears. (I wish I had pictures of those 2 paint jobs. I think that they exist in my mothers bezillion of vcr tapes. I need to sit down with the tapes and spend some time and see if I can extract the images.)

The last paint job was a going away present--the labor, silly, I had to buy the paint and materials. The existing paint was stipped to primer, then the Sikkens 2 stage urethane was shot.
A

Oh, yeah! Let me hang this one on here. I guess it's easy to tell what one of my favorite colors is.

94 linc: I was seriously considering the color on your challenger because it really complements the lines of the 69 Firebird. Also, it's fairly correct for the vintage. 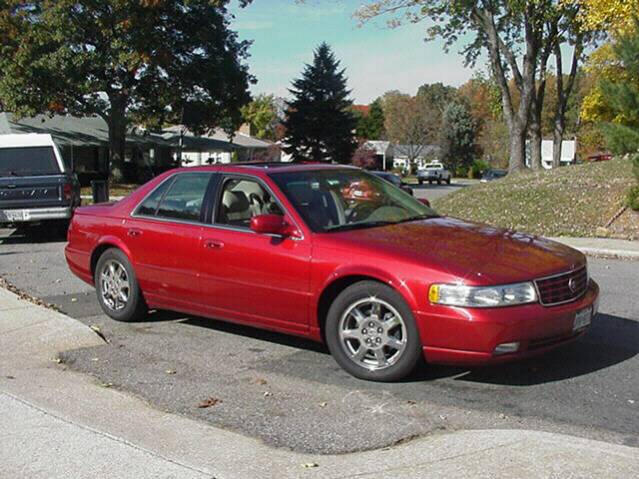