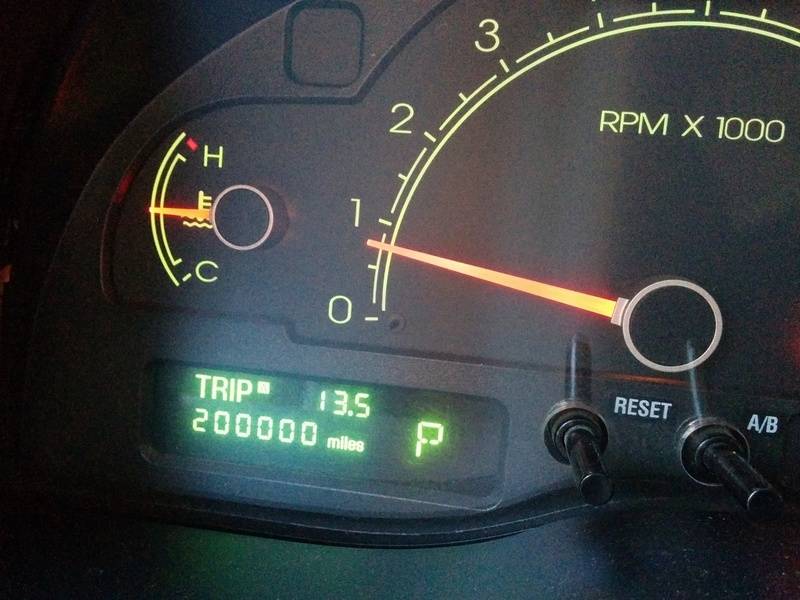 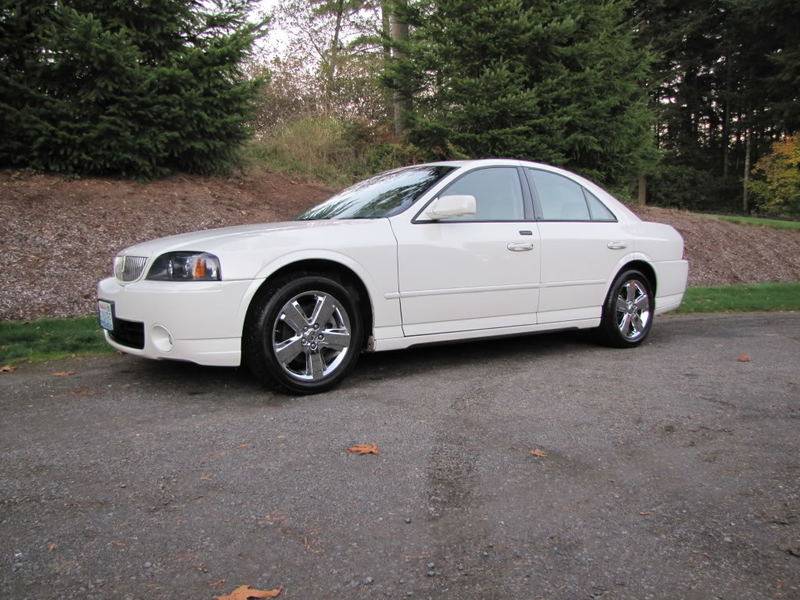 Had a little accident one icy morning. Some vehicles in front of me decided to pile up on an iced over bridge. 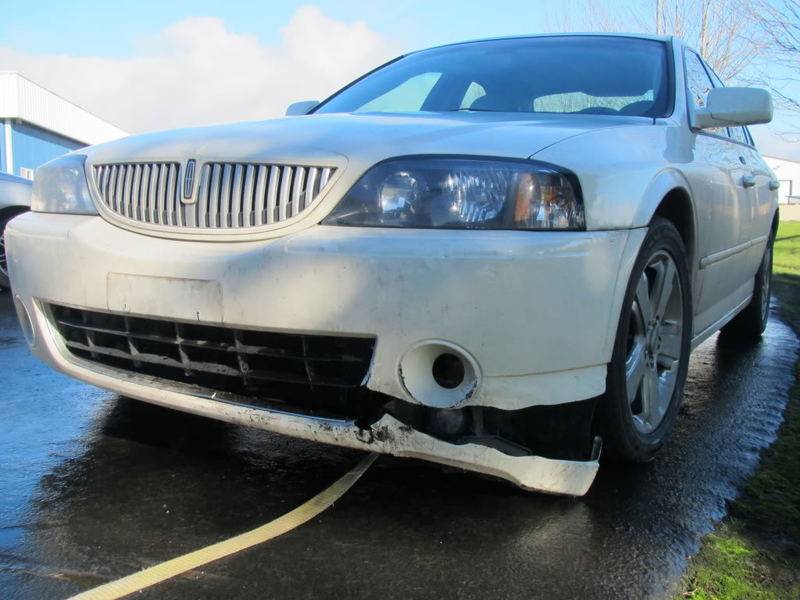 After the wreck. Lowered on Eibachs and angel eyes added. Thanks Alax7 for the install video 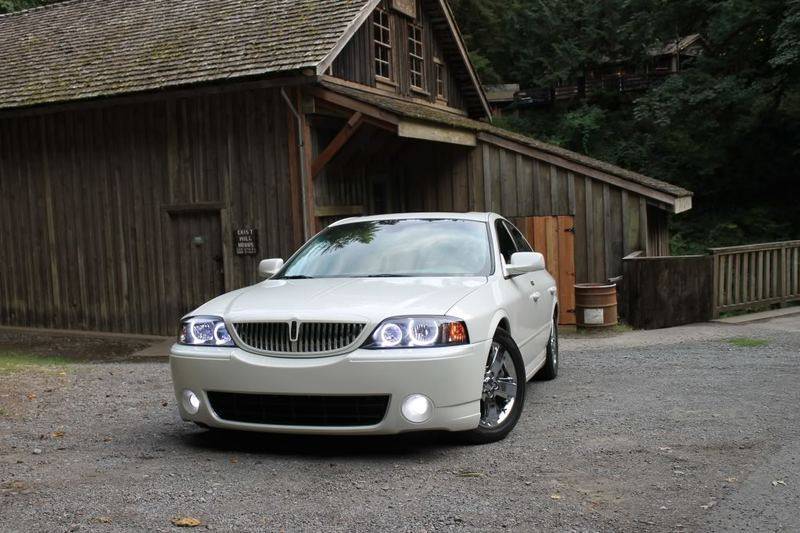 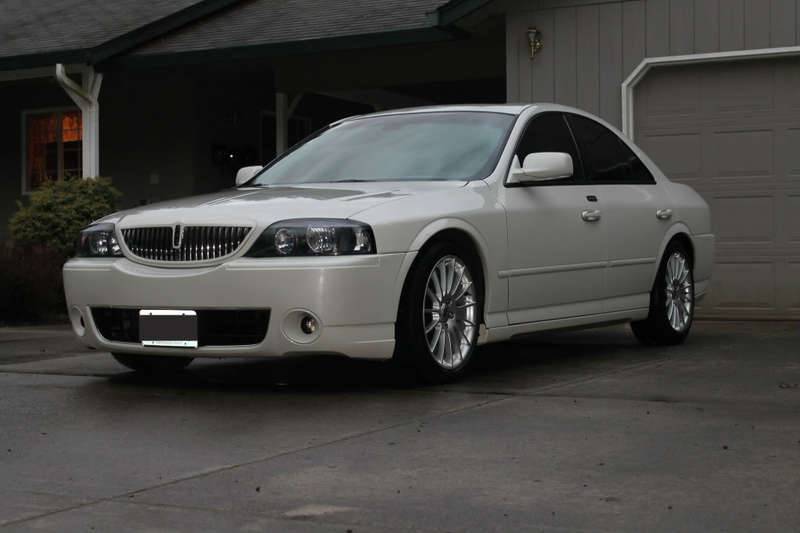 K&N intake added. I don't know if it helps with performance but it sure sounds good. 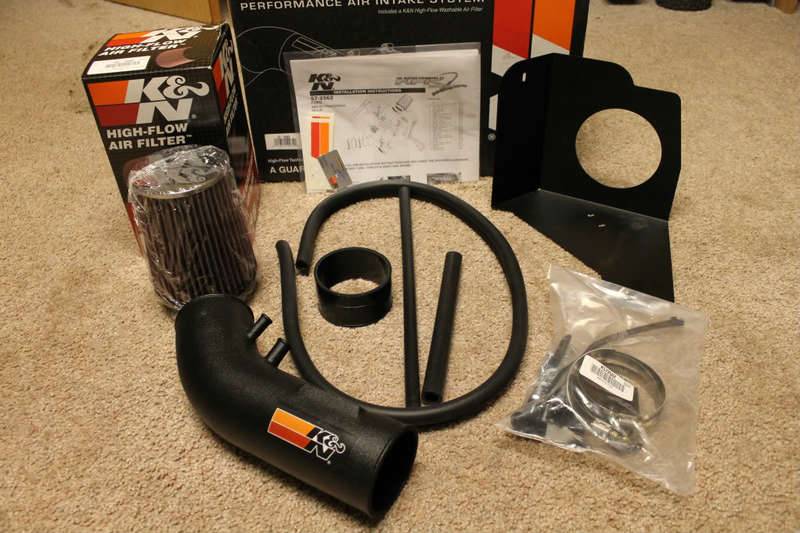 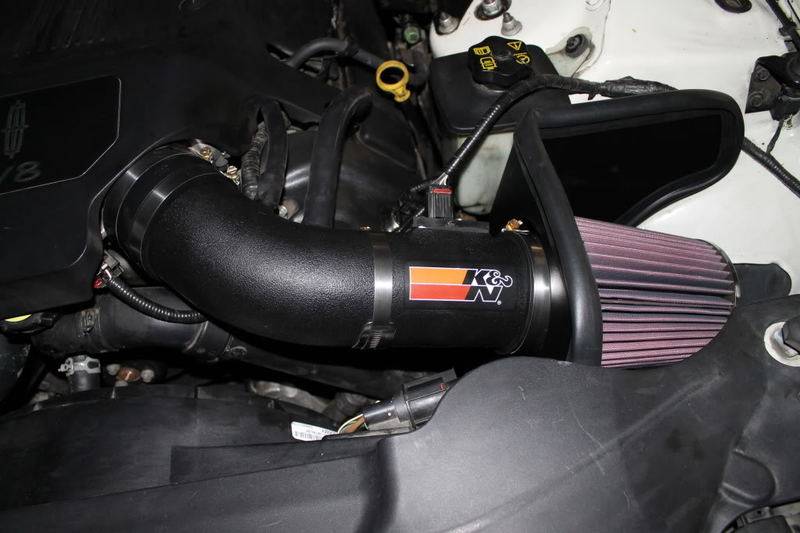 New wheels again! I got these for a crazy cheap price that I couldn't pass up. Thanks Long_Island_LS for finding them. 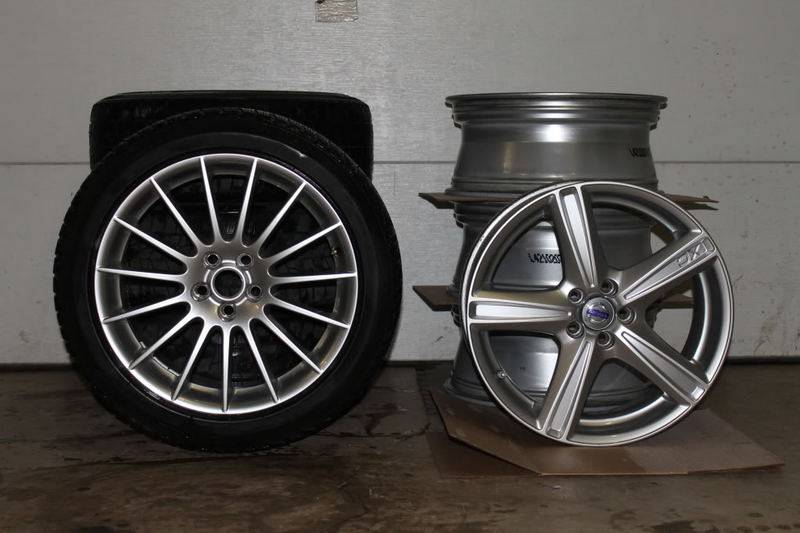 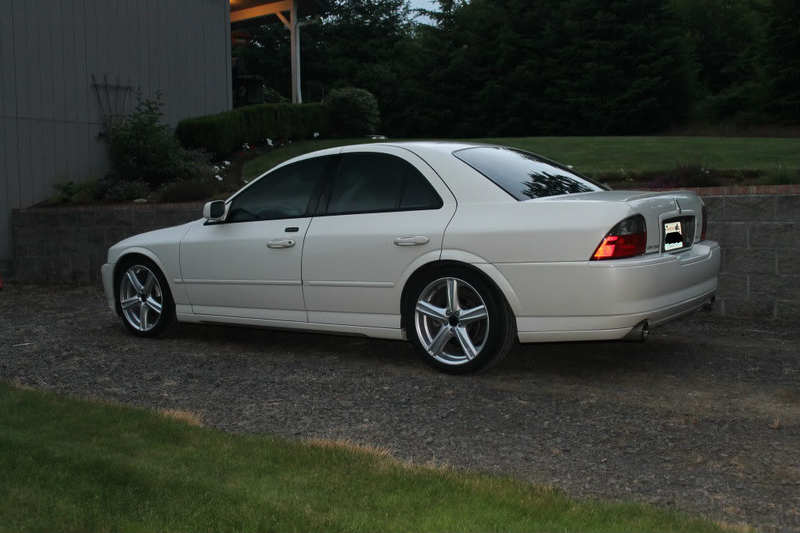 After a long search I found a LSE spoiler at a decent price. 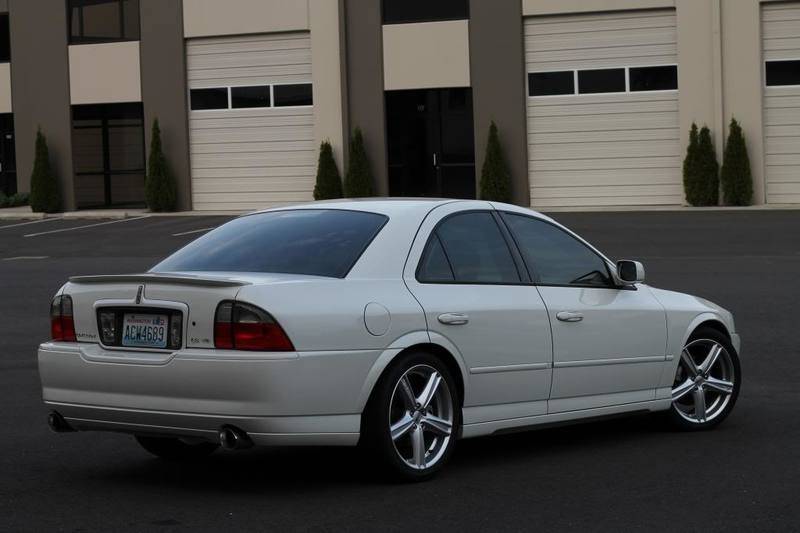 My pinion bearing starting to make noises so I took the opportunity to add a LSD. 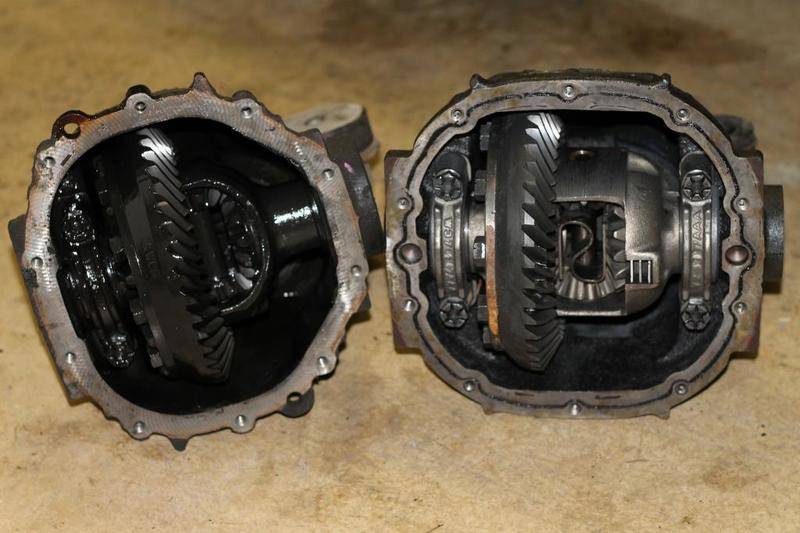 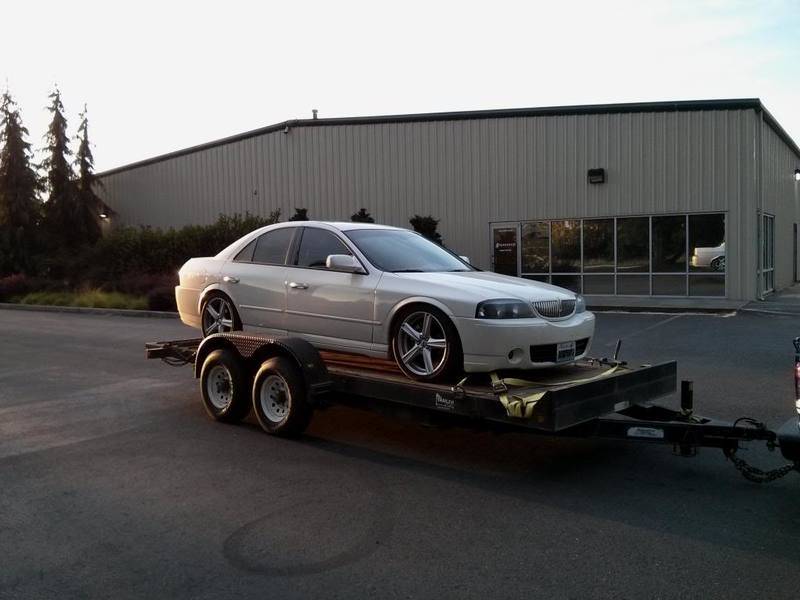 My second set of shocks started to go bad so I bit the bullet and bought Stance coilovers. I've raised it a bit after this picture. 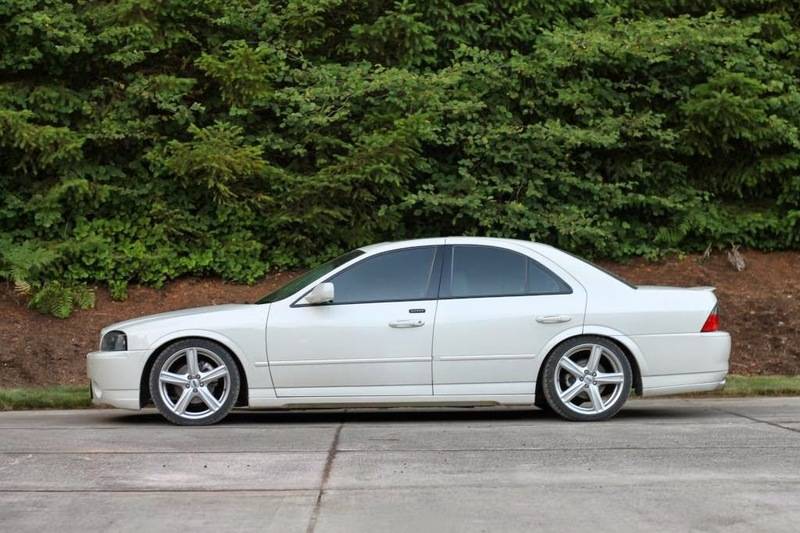 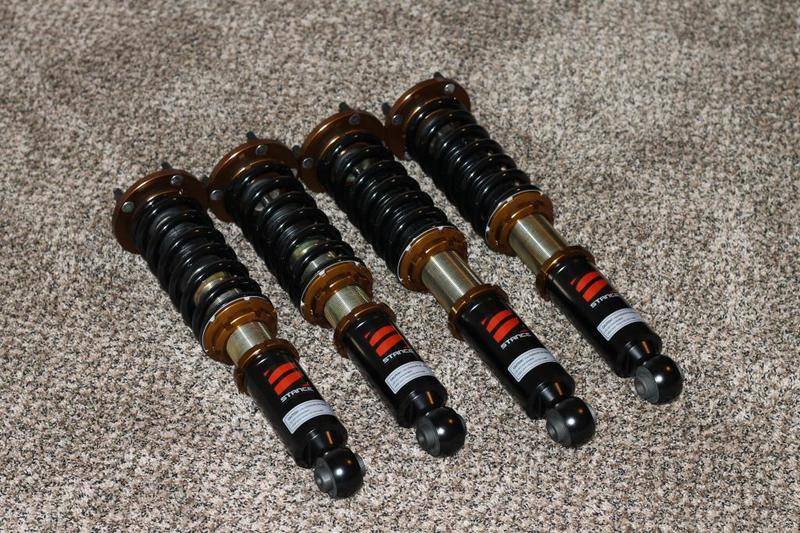 My LS has had the common problems. Shocks wore out around 100,000 as well as coil on plugs. I was lucky enough to get one of the last sets of the Visteon coils and I still have them today 100,000 miles later. I've replace all the coolant system components over the years (kinda wish I did them all at once). The transmission went at 160,000, replaced it with a Ford remanufactured. Both front hubs and all of the front end suspension parts have been replaced.

Now time for the turbo :biggrin: I bought a Mitsubishi Lancer Evolution back in November. I still have my LS and drive it now and again but I plan on selling it. 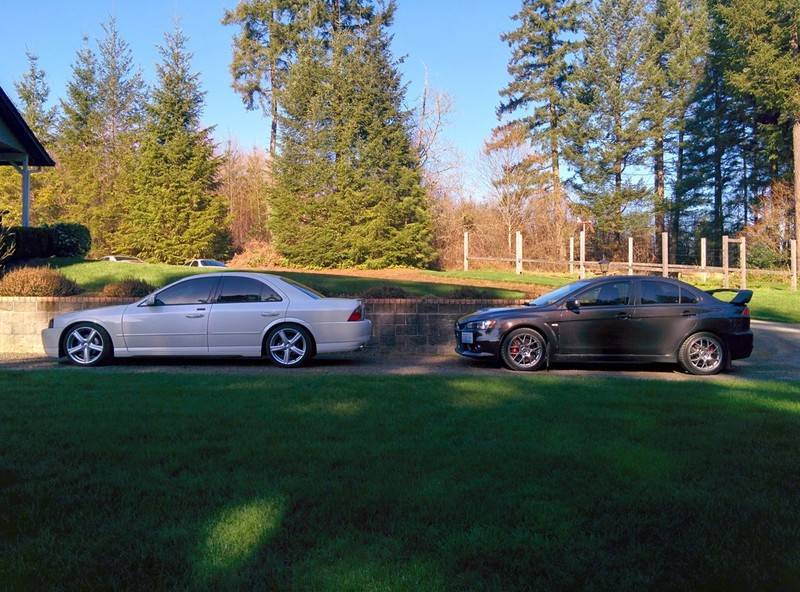 Its not nearly as pretty or luxurious as the LS but it's fast, handles great, and the brakes will take your face off. I got a few mods planned, nothing crazy. I've got/getting exhaust, intake, intercooler, intercooler piping and a dyno tune. 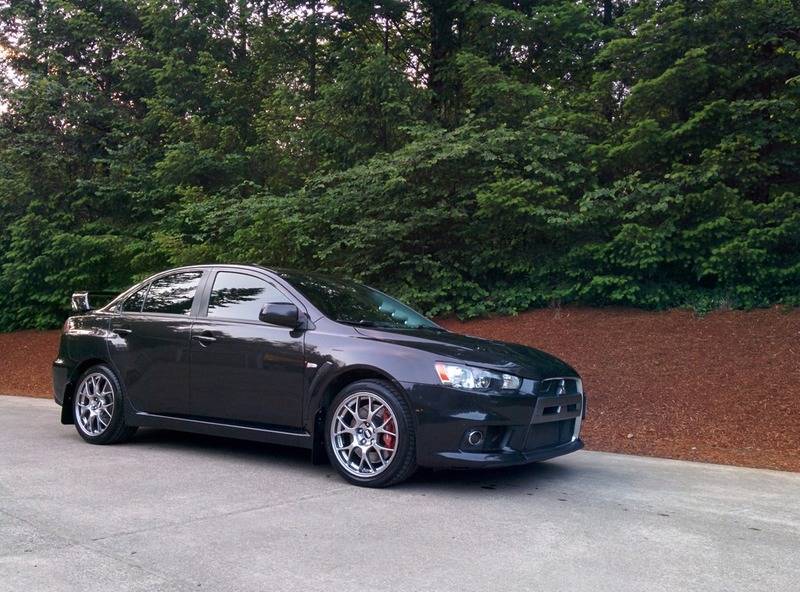 also, not a bad looking turbo either, at least you wont have to worry about piston/rod failure with that one!!!

I was really surprised when helping a buddy with his EVO VIII at how much of a difference a larger and thicker intercooler made! after a turbo upgrade (mostly a factory snail with a slightly modified compressor ) and switching to a manual boost controller. when we had it on the rollers at the tuners, we actually had to back the boost off a bit cause once you went above 24ish, it started making less power (or stopped making more power going higher...) due to heat soak and the intercooler not being effective anymore... so he stopped the session and ordered a much larger IC, after putting it on he took it back to finish up the dyno session and it was making crazy power! made about 20-25 more HP off the same tune and then really like going higher, i think he had them take it up above 27-28 but then turned it back down cause he was a little scared with it that high.

definitely one of the fastest imports I have ever rode in!

Amazing. I aspire to get my 2006 to the same level as yours. Your suspension stance is amazing. Well done!

Def in my top LSes. Congrats on the new ride, going to be a sad day when the LS is sold (for nothing).
C

chocolat1701 said:
congrats and how are the stance coilovers feel compared to the stock
Click to expand...

Not really sure how they compare to stock. I had Eibach on for 70,000 before switching to Stance. On the lowest dampening setting on Stance they feel almost like Eibach on sport shocks. When they are cranked up to 18 you'll feel every bump in the road.
You must log in or register to reply here.
Share:
Facebook Reddit Pinterest Tumblr WhatsApp Email Share Link